The moving of defence equipment across borders and other difficult environments presents major challenges for militaries and governments across the world. Defence & Security Systems International talks with Ennio Zanotti, CEO of Zenatek, about how its unique Zenatek Tracking System provides a technologically advanced, reliable and cost-effective solution for safe, controlled shipments worldwide.

How did your experience in logistics in the field lead to the creation of Zenatek?

Ennio Zanotti: My personal military experience was in the Italian Alpine Corps, where I reached the rank of (res) major at battalion command level, but I was operating in the logistics field from 1971 until quite recently.

I acted in the capacity of managing director, and later as president, of a multinational company whose core business was the supply of equipment and services to various players such as oil companies and companies building dams or chemical plants, in remote and difficult countries - mainly in Africa and the Middle East. Around 1993, we began the supply of logistics and services to war-torn countries for peacekeeping missions, and sent equipment and food to international coalition forces and national armies in Africa. We supplied to forces in countries such as Angola, Mozambique, Namibia, Sierra Leone, Sudan, Indonesia, the Philippines, Iraq and Afghanistan in times of ongoing war.

The main - and constant - problem with the supply of goods to these countries is theft. Pilfering by customs officials while containers were being opened and inspected was a regular occurrence. Trying to deliver containers by truck during the war in Iraq was a truly terrible affair: whole truckloads of containers were stolen daily during military operations.

Why is shipping these kinds of materials in developing countries so challenging?

There are a number of variables. The lack of basic local infrastructure, a hostile environment and often extreme weather conditions, to name a few, will set the stage for a very complicated situation. But it's not just a challenge to the companies involved in supply activity there: it's a problem.

Some years ago, for instance, we were waiting for the final inland delivery of a number of containers that had already arrived at the port. After waiting for a week, we were informed that the handling of the containers in the port had been delayed because the only crane operator was sick with malaria and medicine was not available for him. So we provided the crane operator with the necessary medical care and, after a few days, we received the containers at the final destination.

In situations like this, where people lack access to the basics, it's not surprising to find out that there's an electricity blackout in the port where your refrigerated containers are plugged in, for example, or that the main roads are blocked by landslides because of seasonal rains. They simply become part of your operations.

There have been military deployments in which hundreds of containers or pallets a year remain unaccounted for unless they have a proper e-tracking system; or containers that get lost or are unaccounted for and remain untraceable in ports and shipyards for days.

This misplacement of costly resources is a huge waste, especially if the cargo is sensitive equipment or contains perishable goods. It is not unusual for such key shipments to arrive late or miss trans-shipment. And because of this, innumerous ports around the world are suffering critical logistics and handling issues. The logistics operators have to monitor and analyse the whole transport process in order to ensure the client's money has been well spent.

Logisticians have to take care of the supplier and the goods, and make sure supplies are properly delivered in the necessary conditions. But there is also the problem of the frequent overcharging of demurrage fees to clients, who have no other option but to pay.

All these problems can be eliminated quickly and efficiently with modern, technologically advanced, real-time monitoring, using the Zenatek Tracking System (ZTS).

How did Zenatek develop ZTS, and how does it work?

From the beginning of the project, we aimed to offer a service that was easy to use: a technologically advanced, reliable and cost-effective solution for safe, controlled shipments worldwide.

With this idea in mind, we developed a global e-tracking service that is accessed through a user-friendly web application. This is accompanied by a tracking device that is easy to install on or in a container, and simple to switch on and manage.

With our ZTS service, clients can track precisely where their cargo or assets are around the world. In the case of refrigerated containers, a client can also be made aware of the temperature and humidity inside a container, with such information easily accessible via web application. In addition to this, the system will inform them if a container has experienced a breach or if its doors have been opened.

The system can also detect if a shipment's transportation has slowed down or stalled. The latest upgrade to ZTS allows the user to set and configure thresholds and levels of luminance or humidity within a container; it will then alert the user via email and SMS if an undesirable level of light or humidity, or fire is detected.

How does ZTS have a competitive advantage over other tracking and monitoring systems available?

The answer to this is simplicity and cost-effectiveness. We offer the tracking device, access to the web application and the communication cost all in one package. In addition, the tracking device we supply to be placed on the container can be simply disposed of after it has reached its destination, ensuring that our service is a cost-effective opportunity for the client.

Many worldwide tracking and monitoring companies are used to working with RFID. How does ZTS compare with this technology?

RFID technology is very interesting, and we see a brilliant future for it in various operations; however, mature RFID technology requires potentially expensive local infrastructure and constant maintenance. This makes operations very rigid.

Cost and inflexibility are two factors that we know are important for clients to consider, as are the lack of fluidity and rapid change during logistical operations. ZTS leaves RFID technology, and its associated problems and expenses behind.

What after-sales service does Zenatek offer?

Clients can easily download reports about the condition of their cargo from our web platform. In the case of an insurance claim, our reports will specifically identify and prove when and where contractual shipping obligations and conditions have not been observed. Insurance claims are quite unusual among ZTS users, however, because the alert service immediately advises clients when a problem arises, enabling them to take immediate action with the company responsible for the shipment. This has saved fully loaded containers from disastrous consequences on many occasions.

What do you think the future of this technology is, and how is Zenatek planning to adapt to it?

Thanks to a reduction in component and communications costs, coupled with the fact that companies and organisations increasingly want to know where their assets or cargo are at all times, we expect that in the next few years most large companies will use tracking technologies like ours. They will be obliged to track their cargo in the same way universal postal tracking services perform today. To this end, Zenatek is working hard today to offer what the market will ask of us tomorrow. 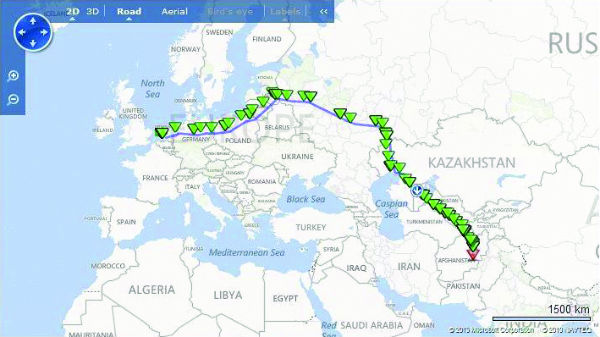 The receiver can trace the shipment’s contents and route with a mere click on their tablet. 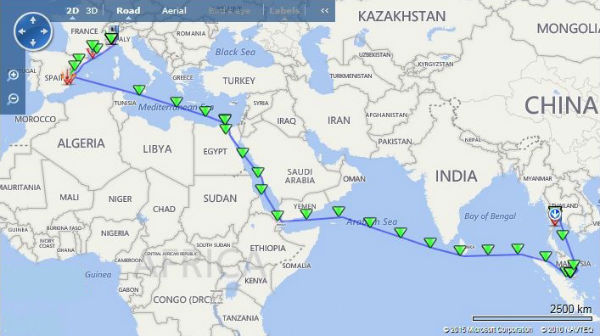 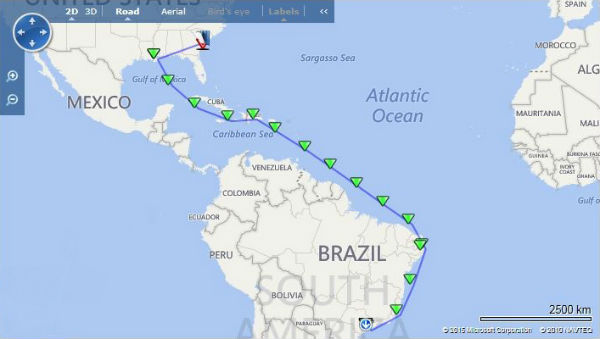 ZTS can trace containers in any geographical area. 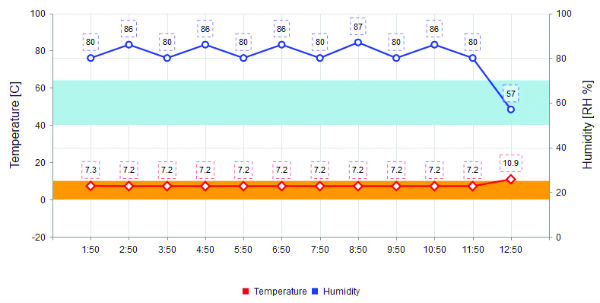 The ZTS device will trigger alarms when a refrigerated container’s internal temperature deviates from a predetermined level set by the client.