Embraer Defense & Security is the leading aerospace and defense industry in Latin America. In addition to the A-29 Super Tucano light attack and advanced trainer and the multi-mission KC-390 military airlift, it provides a full line of integrated solutions and applications such as Command and Control Center (C4I), radars, ISR (Intelligence, Surveillance & Reconnaissance) and space. This also includes integrated systems for information, communications, border monitoring and surveillance as well as aircraft for authorities’ transportation and special missions. With a growing presence on the global market, Embraer Defense & Security products and solutions are present in more than 60 countries.

The A-29 Super Tucano is a durable, versatile and powerful turboprop aircraft capable of carrying out a wide range of light air support missions. It is the best and most capable aircraft in the market with a proven record of success with 15 countries around in world and growing. Due to its original concept design, high speed and excellent maneuverability, the Super Tucano is the only aircraft in its class to present superb cockpit visibility, extremely high efficiency and low vulnerability in the close air support role. The blend of advanced, robust and redundant systems allows the aircraft to outmaneuver and outperform nearly any competitor in its class.

Some of the strong aspects of the C-390 Millennium are unrivalled mobility in its class, rugged design, higher flexibility, state-of-the-art proven technology and easier maintenance. Another important characteristic is that the aircraft can perform a variety of missions, such as cargo and troop transport, cargo and paratroopers airdrop, aerial refueling. In this sense the aircraft is a true force multiplier for any nation. It is also important to emphasize that this category of aircraft can be used to perform several humanitarian missions such as search and rescue, medical evacuation, launch of supply for humanitarian aid and aerial firefighting. The C-390 Millennium is capable of carrying up to 26 metric tons of cargo at a maximum speed of 470 knots (870 km/h), with ability to operate in austere environments, including unpaved or damaged runways.

To consolidate its leading position in Latin America, Embraer Defense & Security holds the control of a set of companies with recognized expertise in critical areas of intelligence, monitoring and control.

Develops solutions in command, control and intelligence and offers specialized engineering technical and logistic support services for each cycle of system projects. It is a strategical defense organization which works as a Brazilian integrating company in strategical projects and systems.

One of the world’s most renowned providers of maintenance services and of complex aircraft structures. In the MRO market, OGMA offers high-quality services for defense and civil aviation. For the aerostructures market, OGMA provides built-in solutions for the main worldwide manufacturers and first-class suppliers.

SAVIS is a Brazilian company dedicated to developing, designing, certifying, industrializing, integrating and implementing systems and services for border control and

A partnership between Embraer Defense & Security and Telebras, Visiona focuses on the integration of the Geosynchronous Satellite of Defense and Strategic Communications System of the Brazilian government. Its mission is to establish itself as a key contractor to provide for the satellite systems’ needs, developing critical technologies in the aerospace area and offering support to strengthen the national industrial chain. 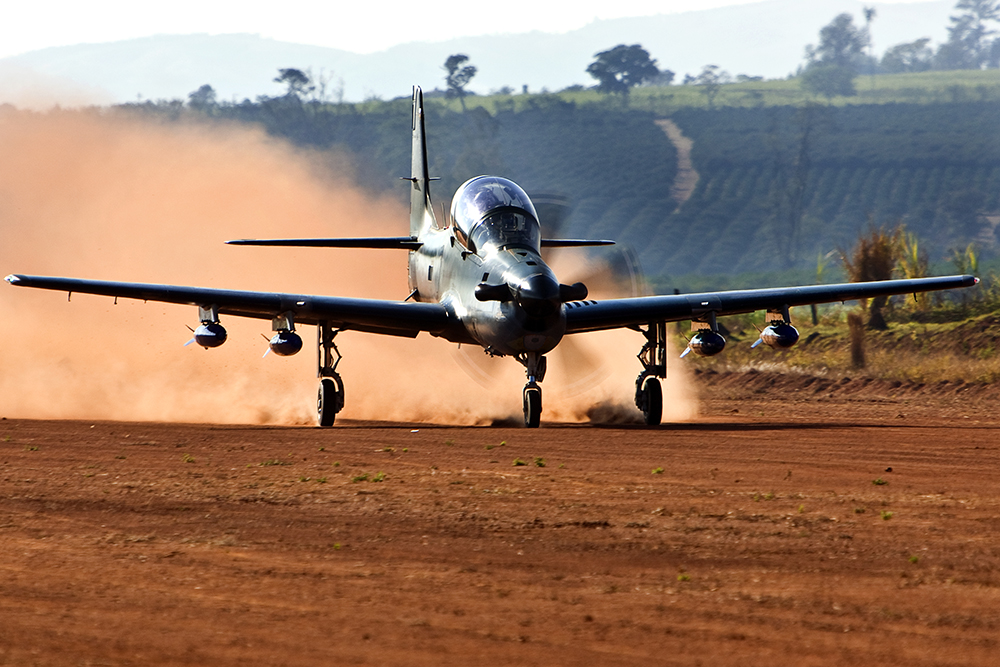