Executives, and political and diplomatic staff from the US and UK have long been viewed as prime kidnapping targets by terrorist networks. However, intelligence indicators reflect that terrorist networks, as well as subfranchises and splinter groups of criminal and/or terrorist organisations view kidnapped Westerners as prime chattel.
Kidnapping is a rational crime carried out by irrational people. The threat it poses has grown exponentially through what 5 Stones intelligence (5Si) refers to as the 'blended threat', a logical result of terrorist networks, criminal organisations and global money launderers enjoying the benefits of collaboration and cross-communication.
For example, 5Si research and reporting indicates that al-Qaeda, as well as subgroups such as the Imprisoned Omar Abdel Rahman Brigades - which is allied with the Ansar al-Sharia in Benghazi, Libya - may have been attempting to kidnap US ambassador Christopher Stevens on 9 September 2012, as opposed to killing him.

Additionally, intelligence indicators reflect the increased desire of terrorist networks to kidnap Western assets such as US and UK embassy personnel and business executives. Kidnapping elements of terrorist networks view corporate executives as soft targets who retain their value as if they represent a promising stock acquisition.
Political and diplomatic staff are also viewed as prime kidnapping targets by terrorist networks. The following patterns speak to such models:
The attack on the British ambassador to Libya, Sir Dominic Asquith, on 11 June 2012. 5 Stones intelligence is reviewing accounts of the attack, related activity and source reporting for indicators that it may have been an attempt to kidnap the British ambassador.
The attack on the US Consulate in Benghazi on 25 June 2012. News reporting stated that US ambassador Stevens subsequently drafted a cable describing and attributing the attack to the Imprisoned Omar Abdel Rahamn Brigades. Leaflets left at the consulate by the terrorist subgroup promised more attacks on Americans.
In August 2012, the Imprisoned Omar Abdel Rahman Brigades attacked the International Red Cross facility in Benghazi. Intelligence indicators and reporting reflect that the Red Cross and similar assistance services are highly offensive to and are likened to 'crusaders'.

The Government of Egypt in general, and President Mohamed Morsi in particular, has vowed to work to free convicted Egyptian Gama al Islamiya Emir Omar Abd al Rahaman, who is imprisoned in the US for the 1993 World Trade Center bombing.
5Si believes that the 'rescue' of Rahman through the kidnapping of Western assets was the catalyst for an attempt to kidnap Ambassador Stephens and will be an additional motivation for like-minded jihadists to target Western political and corporate officials. A review of various timelines, sources, indicators and radical khutbah suggests that the demand and desire for Rahman's release is fuelling frustration among terrorist networks.
In a speech given at his inauguration, Mohamed Morsi stated: "It is my duty and I will make all efforts to have them free, including Omar Abdel Rahman."
Sources and intelligence indicate that his failure to do so is viewed by some jihadist groups as a betrayal of Rahman's followers. The interpretation of such
patterns by jihadist networks has been used to religiously motivate foreign fighters and 5Si believes this may also be one of several principal causes of the terror activities in Benghazi.
It is also a clear signal that efforts to kidnap American, British or Israeli embassy personnel or corporate executives for the purposes of pressuring the US Government to release Rahman - and as a funding method for terrorist networks - will continue.
Like many of the jihadist groups in North Africa, the Imprisoned Omar Abdel Rahman Brigades is incorporated into the Ansar al-Sharia group, which is the latest manifestation of the al-Qaeda in the Maghreb (AQIM). As its name implies, the Imprisoned Omar Abdel Rahman Brigades has a particular orientation in addition to a general jihadist set of goals.

The kidnapping of embassy staff and corporate executives from said countries at present and in the future is without question a goal of the jihadist alliance in Benghazi and elsewhere. Hasty and incongruent attempts at security will not offer the requisite protection for those who are being targeted by kidnapping organisations. The world continues to change rapidly and mitigating risk requires carefully planned tactics, techniques and procedures (TTP) in concert with 5Si intelligence that addresses all phases of operational atmospherics, cultural acuity and ground truth.
The effective work and tradecraft of today's protective intelligence analysis must address past, present and future events, but will continue to be incomplete if it fails to incorporate considerations presented by the new blended threats that are the motivation for kidnappings. These motives incorporate complex thought, and narratives and intentions based within irrational frameworks to enact rational objectives.
Their motives are a toxic concoction of bent religious beliefs, precursor terrorist objectives, greed and deep-rooted cultural motivators. Whether one is forecasting intelligence or the weather, all accounts and factors must enter the analytical equation and nothing should escape the lens of open perspective and cultural acuity.
The blended threat generated from multiple terrorist networks and criminal organisations, and their leveraging of negative political factors, false premises and enhanced technology, present escalating concerns that require heightened protective intelligence measures. 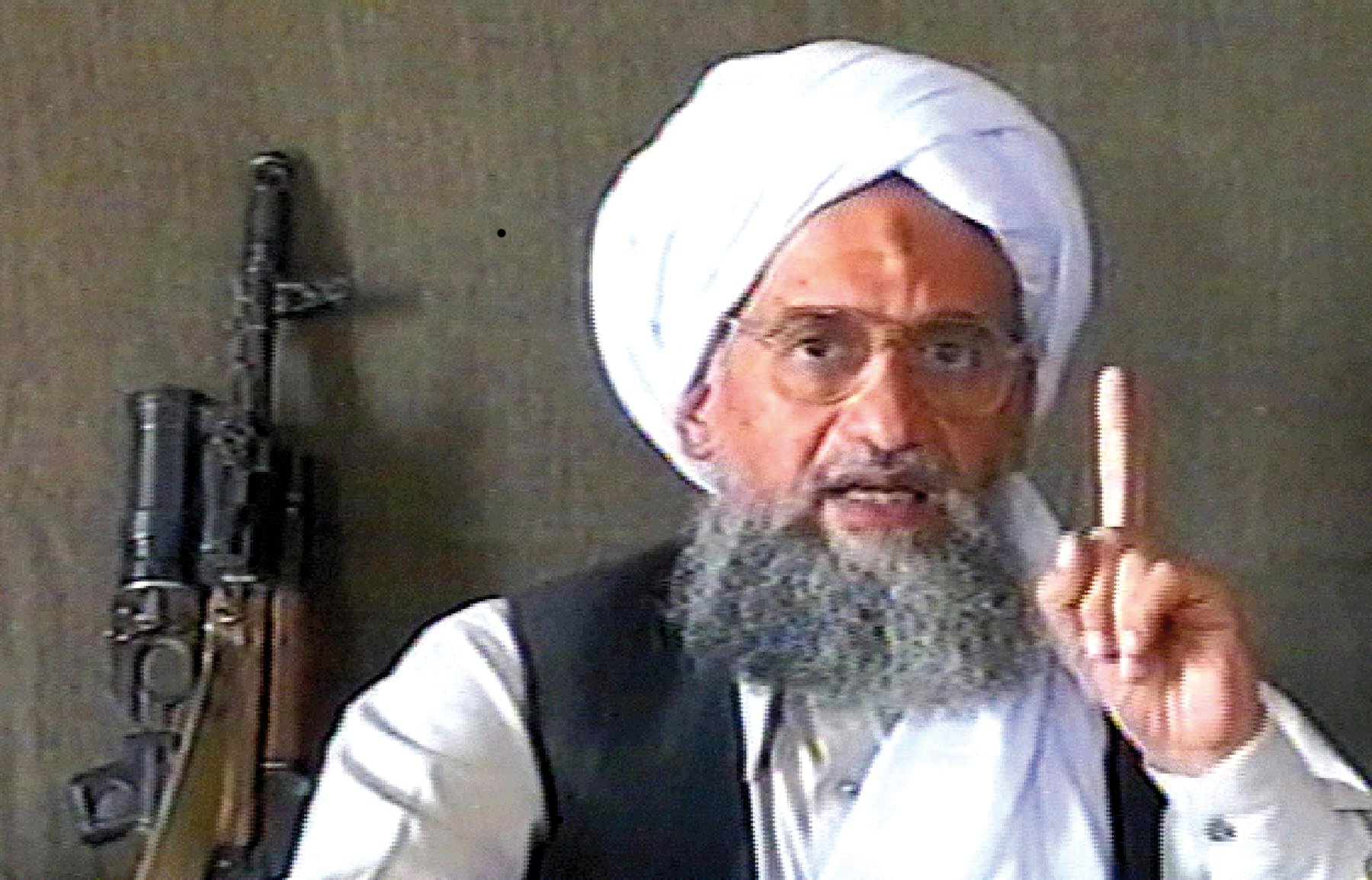 Al-Qaeda leader Ayman al-Zawahiri was purported to praise the deadly attack on the US Consulate in Benghazi, Libya on 11 September 2012. 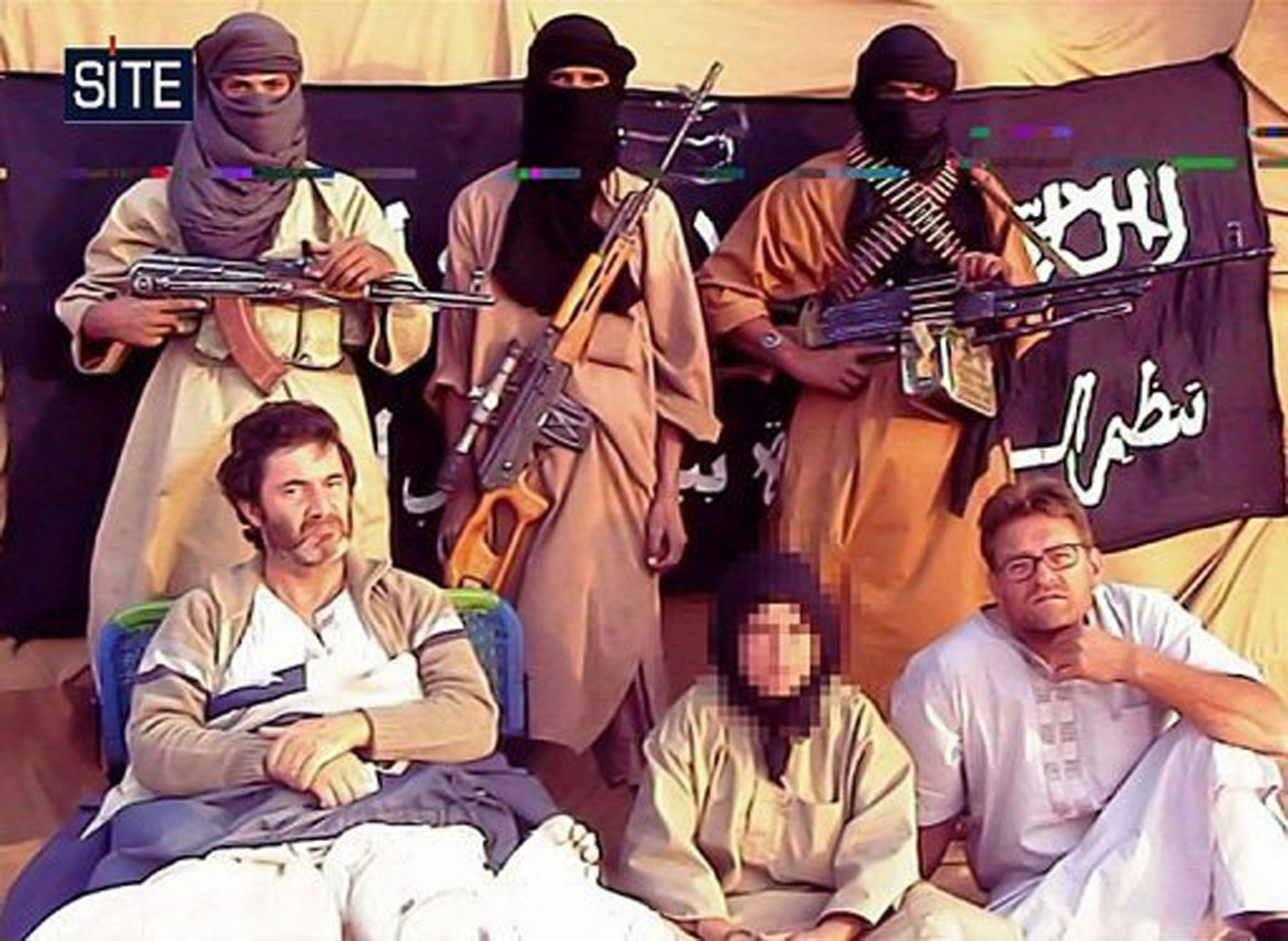 This image from the SITE Intelligence Group shows three Spanish aid workers alleged to have been kidnapped by al-Qaeda in 2009. 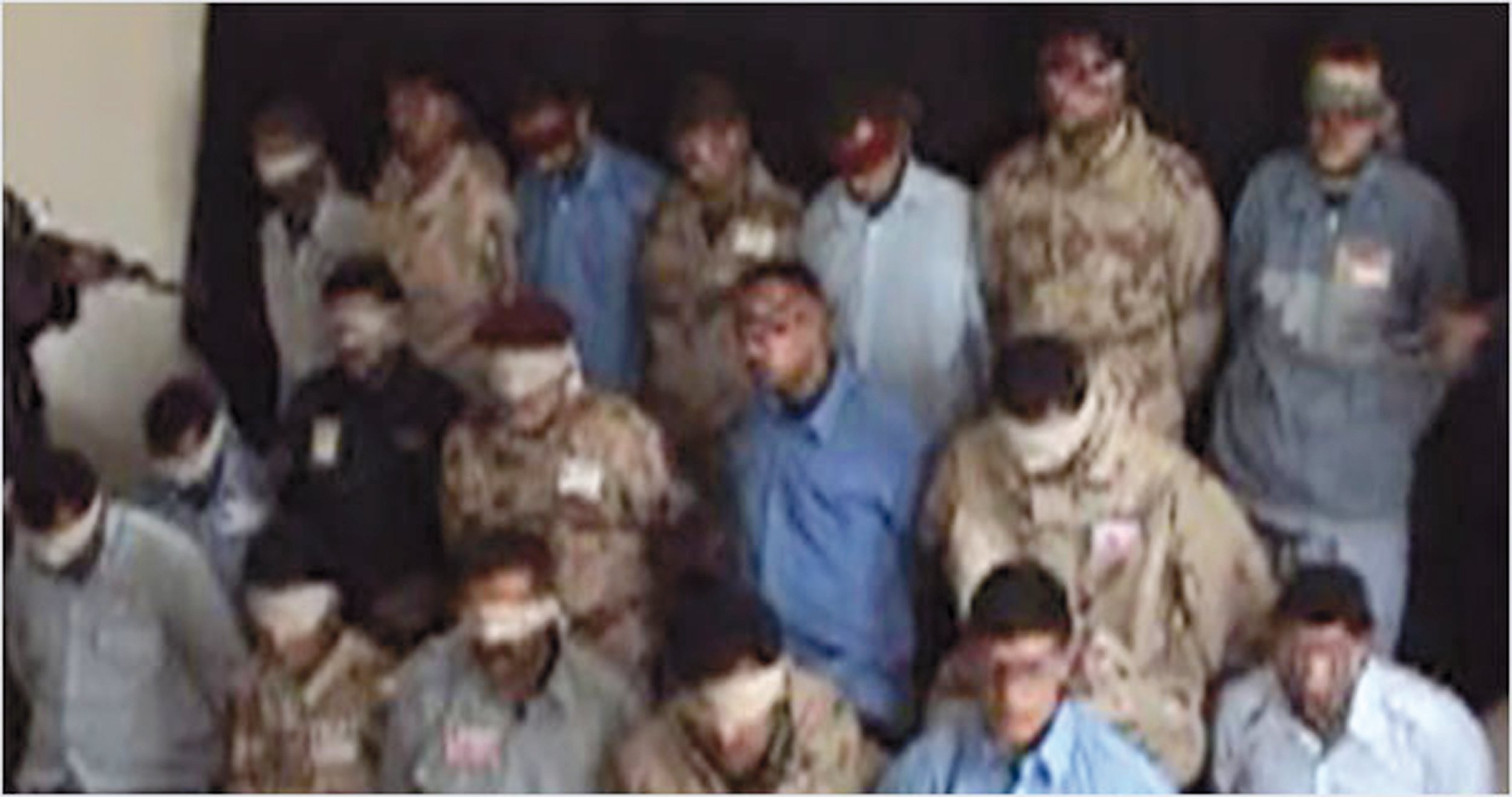 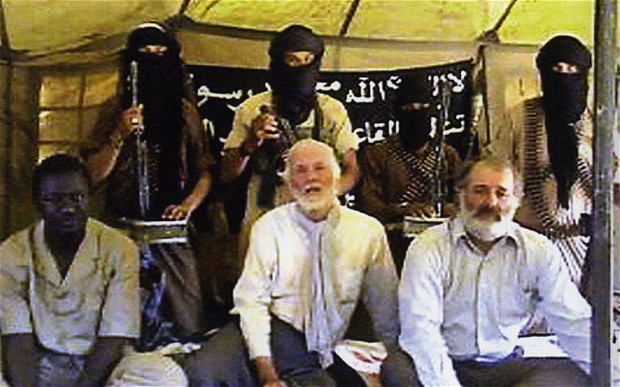