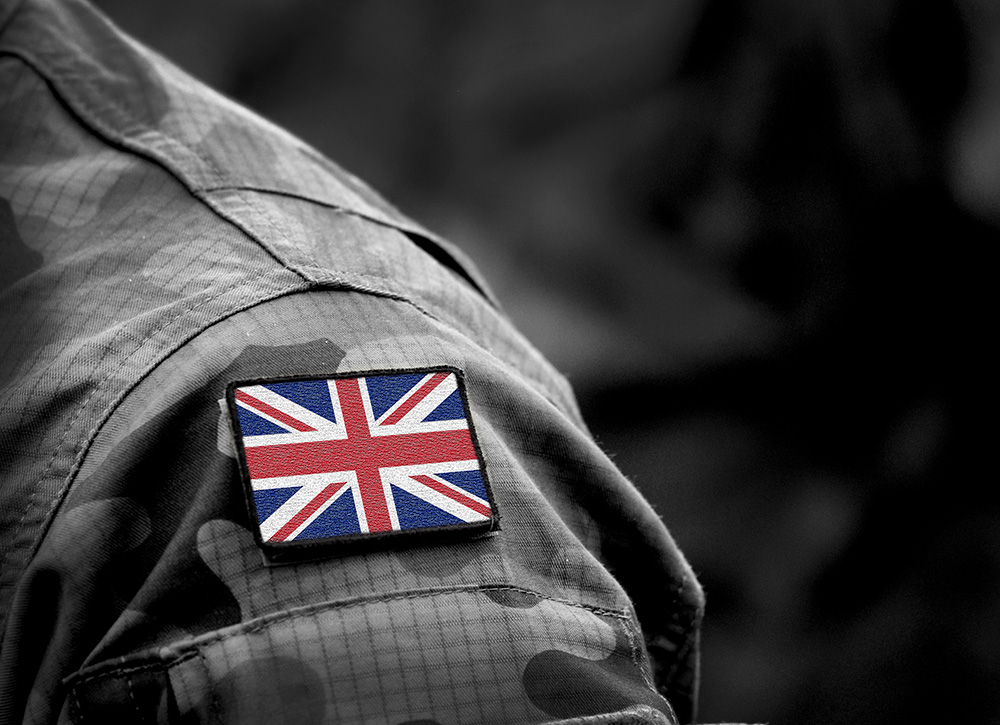 The phrase ‘No plan survives first contact with the enemy’ is a well-worn idiom for a reason – the past year has proved to be a case in point about the unpredictability of the future, if further evidence was needed. It’s worth bearing in mind while taking in both the UK’s Integrated Review of Security, Defence, Development and Foreign Policy, released on 16 March 2021, and the Ministry of Defence’s ‘Defence in a competitive age’ report that built upon it, released shortly afterwards on 22 March. These papers lay out the UK’s plans for defence over the next decade, while also addressing the shortfalls of previous defence planning and the large financial deficit that has been created as a result.

While much of what was announced in both papers will not surprise anyone closely following the conversation in the build-up to their release, there were a couple of eyebrow-raising points that have stirred up considerable discussion in their wake. From the reduction in Army personnel numbers to a radical shift in nuclear policy, Defence & Security Systems International examines some of the key takeaways from both the Integrated Review and the MoD’s Defence report.

A reduction in size

To start with, it is made evident in both papers that the UK has a lot of ground to cover in order to effectively modernise its armed forces, with the MoD report going as far as acknowledging that the UK’s approach to warfare has “evolved relatively slowly in recent years”, while its adversaries have “invested in equipment and forces that expose our vulnerabilities”.

Both papers set out a vision for the UK armed forces to become “leaner, more lethal, nimbler, and more effectively matched to current and future threats”. Here, “leaner” has proven to be the key word, with the MoD report announcing a cut of 9,500 personnel to the army target size by 2025, brining it down to 72,500 – its lowest level since 1714. It’s worth noting, however, that recruitment issues have led to the current army size stagnating at around 76,000, but it’s still a notable drop in size. At the same time, a considerable number of military vehicles are due to be retired – for example, navy frigates and destroyers will drop from 19 to 17 by late 2022 before replacements enter service, while a third of the army’s Challenger tanks will be scrapped. Similarly, 24 of the RAF’s older Typhoon jets and its Hercules transport aircraft are due to be withdrawn from service, among others, all ultimately contributing to a smaller, more compact defence force.

Partnerships with the US and Nato

Unsurprisingly, the Integrated Review goes all in on stressing the importance of the UK’s relationship with the US in matters of defence, plainly stating that the US “will remain the UK’s most important strategic ally and partner” and stressing that the relationship between the two nations is one of “common values – a shared belief in democracy, the rule of law and fundamental freedoms”.

Similarly, the UK’s role within Nato receives considerable attention in both reports as the country looks to recommit to its partnerships within the alliance, increasing its proportion of defence spending to 2.2% of GDP, above Nato’s 2% spending guideline. “Nato will remain the foundation of collective security in our home region of the Euro-Atlantic”, the Integrated report states, labelling it the country’s “most important alliance”. It’s apparent that the UK is keen to draw attention to its role as the leading European partner within Nato, as it looks to establish itself on a firm military footing now that it has left the EU, noting that the UK is “one of only two Allies (with the US) that can bring to bear nuclear, offensive cyber, precision strike weapons and fifth-generation strike aircraft across the Nato region”.

The EU elephant in the room

As seen in its language around the UK’s role in Nato, the Integrated Review largely brings up the EU only to draw attention to the new opportunities for the UK to take a leading role now that it has left. However, it does also take time to discuss the importance of the UK’s military relationship with both France and Germany, noting its “deep and long-standing security and defence partnership” with the former and referring to the latter as an “essential ally”, while also discussing other EU states to a lesser extent.

The EU itself, as an entity, is largely dismissed from a defence perspective, and the Integrated Review notes that the UK’s continuing relationship with the EU will be based on “mutual respect for sovereignty and the UK’s freedom to do things differently, economically and politically, where that suits our interests”. It’s clear that both papers are keen to demonstrate that, while the UK remains eager to cooperate on defence measures with individual EU states, it is very much headed in its own direction from here on out – if that was ever in question.

The language used to discuss the UK’s relationships with Russia and China is a stark contrast, and clearly illustrates the different views held in each nation. The MoD report, for example, identifies Russia as “the greatest nuclear, conventional military and sub-threshold threat to European security”, while “the increasing power and international assertiveness” of China, on the other hand, is described as posing “a complex, systemic challenge”, and this is reiterated frequently throughout both papers.

The reason for this isn’t hard to deduce – indeed, the Integrated Review lays it out quite plainly. While Russia is a more straightforward player to oppose, “trading economies like the UK will need to engage with China and remain open to Chinese trade and investment”. This necessity is complicated by the fact that China also presents “the biggest state-based threat to the UK’s economic security”. Therefore, the systemic challenge described is to find that balance in the necessary cooperation for trade and investment, while opposing moves made by China that go against British interests.

Arguably the biggest announcement in the Integrated Review was the shake-up of the UK’s nuclear policy, described as a “once-in-two-generations programme”. Back in 2010, the UK government at the time announced its intention to reduce its stockpile of nuclear warheads from no more than 225 to no more than 180 by the mid-2020s. However, the Integrated Review unveiled a reverse course, citing the “evolving security environment” to justify an increase to a stockpile of no more than 260 warheads.

Despite reiterating its intention to make use of nuclear weapons only in “extreme circumstances of self-defence, including the defence of Nato allies”, the UK government also announced a new policy of maintaining ambiguity over when, how and at what scale it would make use of its nuclear arsenal. Similarly, while pledging that such weapons would only be used against another nuclear power, the Integrated Review reserves the UK’s right to review this assurance if it deems that future weapons of mass destruction – such as chemical and biological capabilities, or emerging technologies ­– could have a similar impact.

A step towards space

The UK is also set to establish itself not just as a nuclear power, but as a major player in the developing frontier of space, looking to set up a new Space Command by summer 2021 and pledging to have the ability to launch British satellites from the UK by 2022, according to the Integrated Review. By 2030, the UK plans to be able to monitor, protect and defend its interests in and through space, with the National Space Council developing the UK’s first national space strategy in 2021 to set out how it will reach these goals.

Other points of note include: evident ‘cyber-rattling’ as the UK looks to combat the growing forays its adversaries are making on this new frontier through the recent establishment of the National Cyber Force, among other things; significant spending on R&D and modernising ageing equipment; the UK’s increasing its presence in the Indo-Pacific region; and growing concerns over CBRN threats and the increasing likelihood that “a terrorist group will launch a successful CBRN attack by 2030”.

Taken as a whole, the Integrated Review and the MoD’s Defence report lay out a comprehensive plan for the UK’s defence strategy over the upcoming decade, addressing many of the leading issues within the nation’s armed forces, while also creating a few new ones. Some of the aspects raised in these two papers look set to prove highly divisive and to generate considerable discussion in the future, but only time will tell as to how this plan – laid out in paper – will play out in practice.