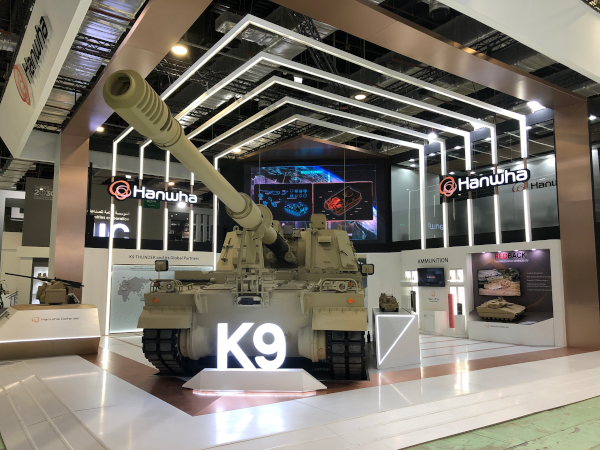 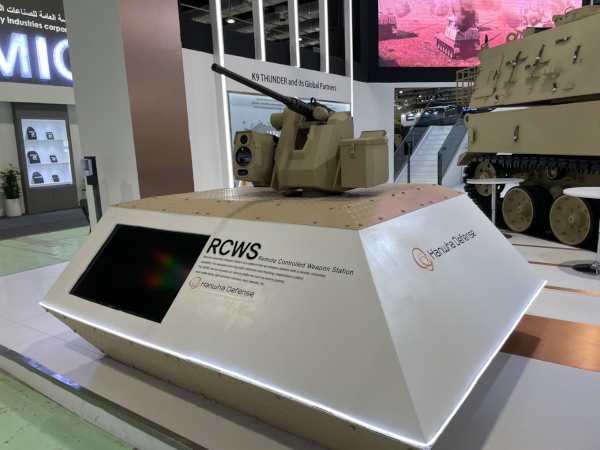 Attending the second edition of the international arms exhibition hosted by Egyptian Armed Forces, Hanwha Defense shows off a range of next-generation defense equipment, including the K9 Self-Propelled Howitzer (SPH); a new version of the Remoted Controlled Weapon Station (RCWS); and the fifth-generation Redback Infantry Fighting Vehicle (IFV), in bids to pioneer the African defense market.

An upgraded version of the classic 155mm/52-calibre K9 SPH, the K9A1 on display is at the center of attention during the arms exposition, as the Egyptian military is considering acquiring a package of K9 SPHs and other supporting vehicles.

The K9 is by far the most popular self-propelled howitzer in the world, with some 1,700 units of the K9 are in service with seven countries _ South Korea, Turkey, India, Poland, Finland, Norway and Estonia. Australia is also in final negotiations to adopt an Australian version of the K9 SPH.

The K9 features outstanding firepower, mobility and armored protection. The tracked artillery system meets NATO standards and can be deployed in a large range of environments, from snowy terrain and deserts.

Equipped with a rotating turret that can traverse through a full 360 degrees, the 47-ton vehicle has a firing range of 40 km and move as fast as 67km/h. It can fire its first round withing 30 seconds from a stationary position and within 60 seconds while moving, with a burst rate of fire from six to eight rounds per minute.

Apart from the K9, a light-weight RCWS is on display. Fitted with the K6 or K4 machine gun, the new RCWS variant can be integrated to tanks, armored vehicles and light-tactical vehicles.

Hanwha Defense is the only company in South Korea to develop and produce RCWS of its own and were awarded contracts to build these for the high-speed patrol vessels and the amphibious assault vehicles operated by the South Korean Navy and Marine Corps, respectively.