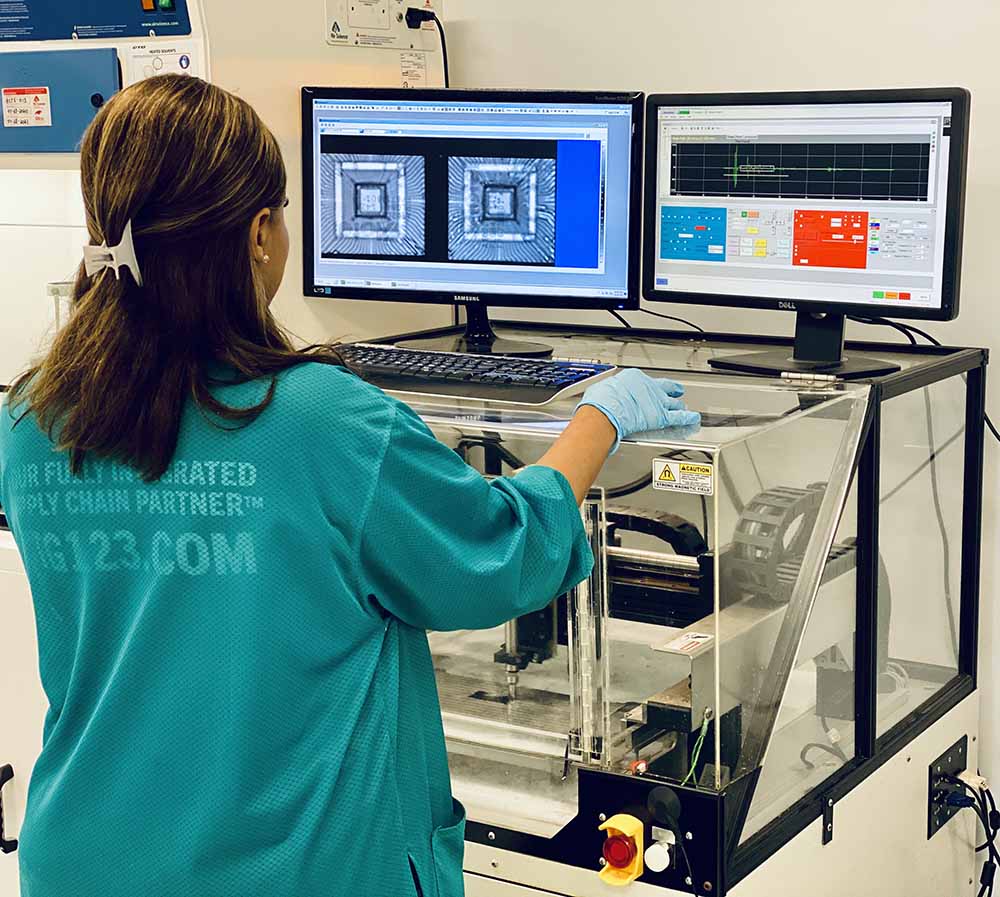 A great many challenges face the modern-day defence industry, from issues over maintaining operational capabilities of mission-critical equipment for the military to how the Covid-19 pandemic has impacted supply chains and the rise of counterfeit subsystems on the market.

Crestwood Technology Group (CTG) looks to address these problems, supplying government, defence and commercial aviation industries with critical parts, materiel and obsolescence management solutions. The company is a leading supplier to the Department of Defense (Dod) and its contractors, as well as many of the world’s largest airlines; Maintenance, Repair and Operations (MRO) groups; and aircraft manufacturers and distributors. It also offers testing and inspection services through its IDEA-certified lab for risk mitigation and counterfeit avoidance.

With militaries around the world feeling the economic pinch caused by the Covid-19 pandemic, CTG believes itself to be well-suited to provide a supply chain solution in this current budget-strained environment. 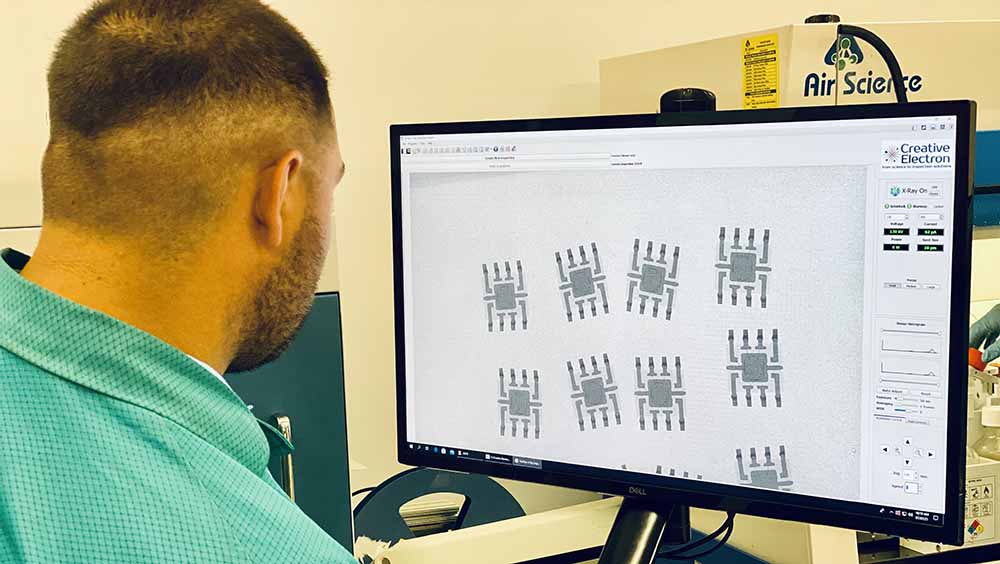 Waring notes that the Covid-19 crisis has thrown the fine balance between modernisation efforts and readiness into disarray, but adds that CTG has been able to assist its defence customers in achieving readiness and availability of their systems. CTG also prides itself in enabling its customers to overcome supply chain vulnerability stemming in part from the restraints caused by the pandemic.

The company works with a number of large prime contractors across the UK and Europe. Waring brings up an example, where the initial task for CTG was getting approved-vendor status from a UK-based prime contractor on a specific project with the UK’s Ministry of Defence (MoD)’s Defence Equipment & Support (DE&S) for a land equipment, vehicle and support contract.

Beyond the European market, CTG is currently looking to expand its capabilities with its international defence partners. It negotiates for an approved vendor status with these companies across a contract or multiple contracts, and provides hard-to-find long-lead-time parts and spares whether it pertains to land systems, aircraft, vehicles or support systems. The company serves as an alternate supply chain source that helps achieve the readiness of systems across the defence market.

CTG aids NATO allies in prolonging the lifecycle of legacy systems, serving as an approved vendor on the NSPA sourcing contract and providing obsolescence sourcing in order to help extend the life cycle of vehicles that have been extended beyond their expectancy to where the parts become problematic in sourcing.

The company has also been helping countries replace many of their legacy systems, some of which date back to the Cold War and are in dire need of replacement. Waring provides an example, noting that the Polish armed forces have been potentially looking to purchase US M1 Abrams main battle tanks to replace their aging fleet. CTG are a prime source of repair parts and supply to GD Land Systems, the prime supplier of M1 tanks. CTG also provides parts for the F-16 and the F-35 fighter jets, among others.

The threat of counterfeit electronics

“We’ve actually proven this practicality that [counterfeit goods are] entering the supply chain through once-trusted supply sources,” says Stephen Clark, Senior Director of Operations at CTG, citing budget constraints caused by the pandemic as a major cause in suppliers circumventing rules and regulations.

As a result, the need to trust who you’re working with has rarely been higher. CTG uses a holistic approach in how it manages supply chains, partnering with preferred suppliers, preferred vendors and test houses, as well as possessing its own internal capabilities, in order to ensure that the products it sources can be depended on.

The chip shortage has brought a whole new facet to the counterfeit game, he continues. Once, components were easily produced, and they were cheap and readily available – those same components are now difficult to locate and to source. At the same time, there has been a surge in inflation and rates due to these constraints on supply and demand.

Due to this shift in the market, parts that once would never have been counterfeited are now suspect, as it’s become more lucrative to produce said counterfeits. The danger, as Clark points out, is that the end use of many of these components that CTG has intercepted has been US DoD customers. As the reward in counterfeiting these goods has increased, so too has the skill of the counterfeiters – many of the counterfeits that CTG uncover are better looking than the obsolete components the company receives from military surplus sources that could trace back to their manufacturers, according to Clark.

Therefore, CTG have had to implement a wide range of strategies in order to detect these counterfeits. “We look at the traceability documents, we look at who we’re buying it from, how did they procure it,” Clark explains, as the company’s starting point. When dealing with an electronic component, CTG will take it to its lab and X-Ray the object. It will examine the polymers of plastic components to ensure they’re homogenous throughout, while also checking the buoyancy of solder to verify age. The company will even go as far as to destroy the components and see if the dye on the inside matches the manufacturer’s, using CTG’s connections with manufacturers to gain confirmation of authenticity against known good or golden samples.

Of course, counterfeits aren’t the only thing that CTG tests for. “Some counterfeiters will pull obsolete components off of used military hardware,” Clark explains. “Taking a potentially bad part, [which] could have a latent failure – it could work and test but once it’s put into action, you could have intermittent faults and failures.”

“CTG’s philosophy is overtest, so we want to actually upscreen further than the requirement of our end user,” Clark says. “If our end user is using a military spec, or their own internal spec, we’ll actually dictate to our test house to go well beyond that, so we can test at our full capability.”

In the wake of Covid, the industry has seen a considerable amount of unauthorised sources selling spare parts for use in aviation, Clark alleges. These are not necessarily counterfeiters, but often smaller distributors bypassing the correct rules and regulations as they’re struggling to survive the pandemic.

And so, in order to provide greater oversight and reliability, CTG have partnered with local FAA officials to do periodic checks of components. The company’s quality team is certified through the American Society of Quality, and it partners with the FBI and local law enforcement, and with industry sources, to monitor the presence of counterfeits in the areas that it operates.

CTG also works to verify trace and manufacture, and even check in with manufacturers to confirm their authorisation to sell the parts in question, in order to ensure that any component that comes with its stamp of approval can be trusted and relied on.