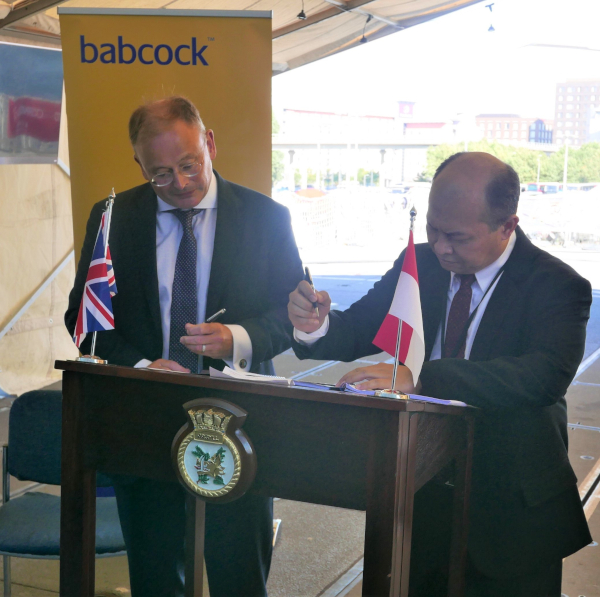 The breakthrough deal comes two years since Babcock’s AH140 design was first announced as the preferred bidder for the UK Type 31 frigate programme at DSEI 2019, with the contract confirmed in November of the same year.

The design licence will enable PAL to build two Arrowhead 140 frigates in Indonesia with bespoke design modifications for the Indonesian Navy. 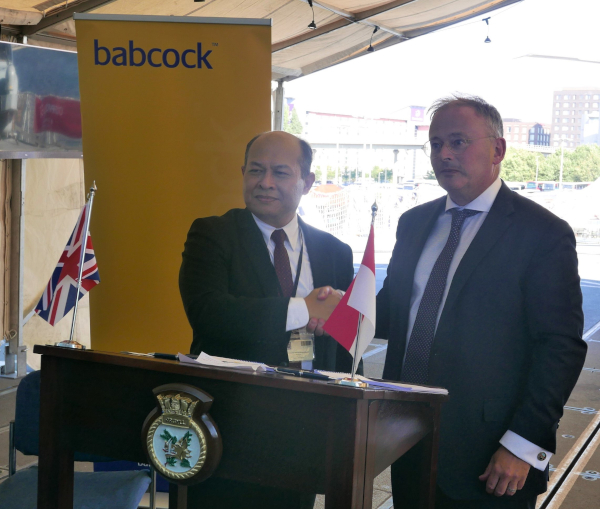 The agreement was signed at the Defence and Security Equipment International (DSEI) 2021 event in London, on board HMS Argyll, by David Lockwood CEO Babcock and Kaharuddin Djenod, CEO  PAL. And was witnessed by the Defence Minister of Indonesia, Prabowo Subianto and UK Defence Secretary, Rt Hon Ben Wallace MP.

Babcock has been working alongside the UK Government to promote the Arrowhead 140 Frigate into the global market with strong interest internationally. The company recently announced that it was one of the bidders down selected by the Polish Government to provide a potential design solution for the Polish Navy’s Miecznik (Swordfish) frigate programme.

The baseline Arrowhead 140 design can be configured to meet a broad range of naval requirements and, with Babcock’s support PAL will now engineer the required modifications to configure the Arrowhead 140 for the Indonesian customer.

“Today is a really exciting moment for Babcock and our frigate export programme, as we sign the design licence with PAL for two new frigates for the Indonesian Navy.

“The beauty of our export product is that it is a readily transferable design that can be tailored to the customer’s needs as part of our strong Arrowhead frigate portfolio. What’s more, the design licence and subsequent build programme will be a significant catalyst for prosperity in Indonesia.

“Working with our Indonesian colleagues this contract will see Arrowhead 140 frigates built in Indonesia, by the local workforce, contributing directly to the social and economic value of its sovereign shipbuilding community and country as a whole. We look forward to further opportunities to support PAL as the programme matures.

“It’s a proud day for the Babcock and PAL teams.”

"I was delighted to attend the contract signing between Babcock and Indonesia on board HMS Argyll today, representing the best of British maritime design and engineering to our international partners.

“Signalling the strength of our defence relationship with Indonesia, both of our Naval Forces will operate this world-leading frigate in the future and will work closely together to protect our mutual interests around the world.”

The Arrowhead 140 frigate design, benefits from a proven hull-form that has been tried and tested in real-world operational environments from NATO and coalition task forces to national regional and deployed operations. The baseline Arrowhead 140 design can be configured to meet a broad range of operational requirements and profiles a global frigate may be called upon to undertake and adopt and with a growing number of users it can also  support interoperability between naval allies.