Babcock marks the 40th anniversary of the Falklands Conflict

To mark this anniversary, more than 50 current and former Babcock employees, Royal Navy personnel, armed forces veterans and representatives from the local community attended a service which included the unveiling of a plaque on the site.

The Royal Marine band provided an uplifting welcome at the event, where historical artefacts, photographs and personal memories of the conflict were on show for those attending. 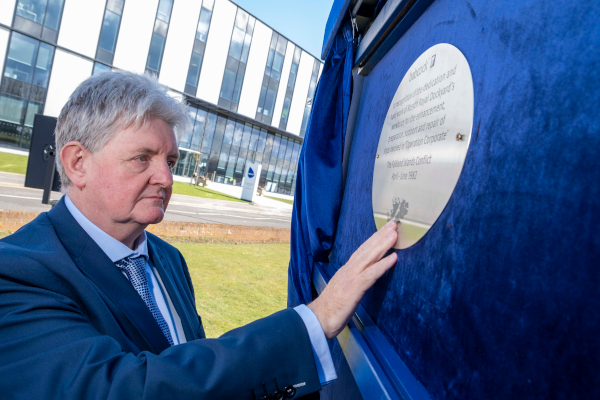 Alf Ramsay, Production Engineer – Babcock - reflects on the Dockyard’s support during the Falklands conflict 40 years ago.

Sean Donaldson, Managing Director at Babcock Rosyth, said: “This year marks the 40th anniversary of the Falklands conflict. Rosyth Dockyard employees played an important role in the national effort, supporting some of the fleet at the outbreak of the conflict, including the conversion of five trawlers into minesweepers.

“The Rosyth event is one of a number of commemorative events Babcock is proudly supporting throughout the UK this year.” 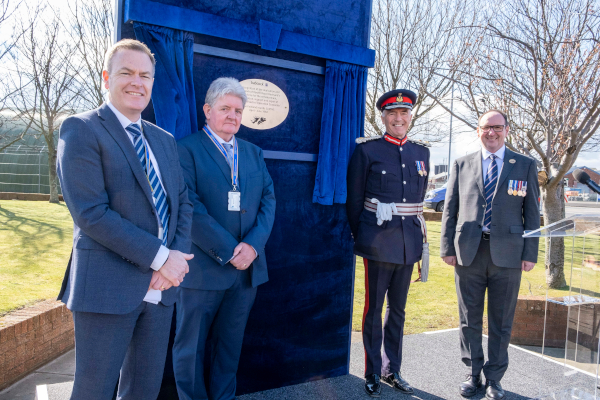 Alf Ramsay, Production Engineer at Rosyth, said: “During the Falklands conflict I was working in Bay 5 at the Dockyard, just a stone’s throw from where I am currently working to help deliver the Royal Navy’s new Type 31 Inspiration class frigates, full circle in 40 years!

“When ships returned to Rosyth from the Falkland Islands, including HMS Plymouth, the entire yard was down at the South Arm to cheer them back in.” 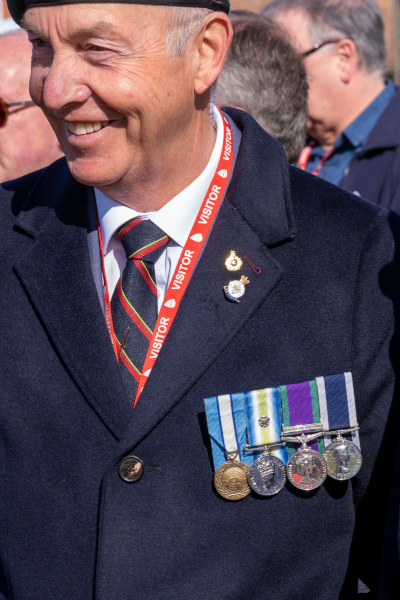 A veteran attends the Falkland conflict commemorations at Rosyth Dockyard

Brigadier Andy Muddiman ADC Royal Marines, Naval Regional Commander Scotland & Northern Ireland said: “It’s very gratifying to see, as we begin the Falklands 40th anniversary period here in Scotland, that we are quite rightly focussing on the significant efforts of our colleagues who worked in the Rosyth Dockyard at the time. It was down to their efforts and those of other Dockyard personnel around the country, that Britain was able to achieve such a huge undertaking.

“To refit and in some cases completely outfit from scratch a number of merchant ships, in just a few days, for a purpose they hadn’t been designed for, to then sail some 8000 miles and operate as part of a quickly created Task Force within a war zone, was an incredible task. As much as it was the soldiers, sailors, marines and airmen who fought the war, they couldn’t have done that without the extremely important preparation.”