Why defence forces are shifting to rugged Android mobile devices

Rugged mobile devices are big business. But without the right operating system and customer support, they risk not fulfilling their potential. Peter Thomas, vertical strategy manager for public sector at Panasonic Mobile Solutions Business Division Europe breaks down how his company is listening to customers and investing heavily in Android TOUGHBOOK solutions – and offering deep personalisation options for defence clients everywhere.

Over the past few decades, new technology has transformed how militaries operate. That is true across a bewildering number of areas, of course, yet it is arguably in the sphere of rugged mobile devices where change is most dramatic. If nothing else, this is clear in the statistics. According to one recent report, the market for these tough deployable computers is expected to reach $2.6bn by 2028, up over $1bn from 2020. That is echoed by purchases by specific armies, with the US and the UK just two of the Nato militaries investing heavily in these machines.

Yet, even as rugged mobile devices go from strength to strength, the industry itself is in flux. Though defence ministries have traditionally relied on the Windows operating system, the changing design of critical applications is pushing them towards less familiar Android models. Nor is the jump from Microsoft to Google necessarily straightforward. Rely on modified civilian architecture and quartermasters risk seeing their ‘rugged’ devices fail just when they are needed most. Yet, as one industry expert is nimbly showing, these issues are far from insurmountable – and actually hint at a world where personalisation and adaptability carry rugged devices to even greater heights.

Few people are better placed to understand the growing importance of rugged devices than Peter Thomas. A defence industry professional for nearly a decade, he started his career selling directly to the UK’s Ministry of Defence (MOD). At Panasonic since 2017, Thomas is now responsible for public sector sales of the TOUGHBOOK range of rugged mobile devices across Europe. Though Thomas’s purview encompasses military applications, it also includes emergency services, local government and other public institutions.

This breadth of potential clients is by no means incidental. As Thomas explains, their “accessibility” makes these computers eminently useful across a range of applications. “Rugged devices have always been incredibly important for accessing data on the frontline,” he says of their military potential. “But although that requirement is still there – and will continue to be there – there’s a growing adoption of rugged devices for other applications.” Among other things, Thomas adds, that includes vehicle diagnostic requirements, battlefield management applications and logistics.

That is shadowed, he continues, by sleeker design generally. Abandoning the bulky machines common a decade ago, manufacturers are developing models that look and weigh closer to civilian tablets. Dramatic changes are happening on the inside too. Though older machines normally ran on Windows, many defence ministries are eagerly shifting to Android. “When we look at battlefield management applications like Nett Warrior or ATAC,” explains Thomas, “these are the critical applications that defence forces are now operating – and they need an Android product to run.”

In the past, militaries and device manufacturers would have circumvented these needs by simply adapting civilian computers. But there is a rising appreciation that this approach leaves devices vulnerable to rugged battlefield conditions. Fair enough: bootlegged civilian technology is unlikely to enjoy the MIL standards typical of tailormade military machines. And given a 1% increase in device failure can mean a 5% rise in the total cost of ownership, not going for the best can often prove frustratingly expensive.

Thomas and his colleagues are increasingly hearing similar worries from clients. “At Panasonic,” he says, “we react to the voice of the customer.” More to the point, these conversations are informing Panasonic’s latest output. Though the Japanese giant has a history with Android dating back a decade, Panasonic’s factories are speeding up the development of new Android products.

“We’re benefiting from the involvement of the customer, who might have had some experience with Android on consumer products, but now needs the benefits of rugged products – and the benefits of products that have traditionally run on Windows,” says Thomas, highlighting just how important external engagement is. “What they want,” he adds, “is to see that same technology carry over into the Android space.”

What do these changes look like in the real world? Panasonic’s TOUGHBOOK selection for Android rests on three pillars: the TOUGHBOOK N1, the TOUGHBOOK S1 and the TOUGHBOOK A3. A 10in tablet, the A3 is the bigger of the three, and is certified to latest MIL-STD-810H standards. The machine’s robustness is clear in other ways too: it can cope with temperatures from -20°C to 50°C and boasts anti-reflective (AR) screen treatment, meaning it can be used without worrying about sun glare. Thomas, for his part, is keen to highlight the A3’s powerful performance, including 4GB of RAM, 64GB of internal storage and optional 4G. “From a performance perspective,” he says, “it’s in line with what we offer in our Windows-based 10-inch products.”

At 7in, the S1 is rather smaller than the A3 – but is not any weaker for it. Resistant to drops of 1.5m onto IP67 concrete, it also has two special configurable buttons, allowing users to ‘go dark’ at speed, crucial for stealthy night-time operations. That is complemented by warm swap technology, meaning the TOUGHBOOK can run for up to 14 hours without needing to be recharged.

And finally, the N1 is a military mission-ready super-rugged 4.7in handheld end-user device (EUD) featuring similar – if not even more rugged – specs as the S1 and A3, as well as eight fast-access programmable buttons, making launching and switching between applications in the field quick and easy. With its rain sensing and glove-touch mode, 100dB loudspeakers and 19-hour battery life with warm swap capability, military professionals can stay connected and informed in mission-critical situations.

Whatever the specifics of each machine, at any rate, Thomas is obviously proud of them. “From either a 4.7in right up to a 10in perspective, we’re able to offer the very best.” All three devices are currently equipped with the latest Qualcomm processors, meaning that – from a security perspective – these devices are fully supported for many years to come.

The deep customisation options Panasonic is building into its Android TOUGHBOOK devices strengthens this claim. To give one example, with an incorporated barcode scanner they are useful for managing large numbers of vehicle components – among other logistical and supply chain applications. Not to be outdone, the A3 can be fitted with a smart card reader, or additional USB ports.

At the same time, Panasonic’s personalisation drive extends beyond its physical machines. That’s best encapsulated by COMPASS (which stands for complete Android services and security), a comprehensive portfolio of digital tools giving users everything they need to configure, deploy, manage and secure their TOUGHBOOK Android devices. For example, COMPASS Security, Panasonic’s Android security patch service, far surpasses the support Google offers Android users as standard, which is typical of Panasonic’s appreciation of its client base. Unlike most civilian users, after all, the company understands that militaries are likely to deploy its devices for years at a time.

In practice, COMPASS is just as impressive, arming users with a battery of analytical options in addition to the management tools mentioned above. TOUGHBOOK Smart Essentials – real-time enterprise mobility intelligence software – covers everything from understanding charge cycles to application and network usage. As Thomas explains, “It enables IT teams across defence forces to have a greater level of insight into how devices are used.” To explain what this actually looks like, Thomas gives the example of battery performance. If a user in the field complains about a device running out of battery too fast, their tech team can investigate, giving advice on proper charging techniques if needed, or proactively providing replacement batteries to those specific users.

This focus on personalisation is now being taken even further. Though Panasonic’s Android TOUGHBOOK devices come with a raft of add-ons, Thomas explains that his company is now developing “tailored devices” for specific defence customers. One particular area of interest are critical battlefield management applications, with Nett Warrior and ATAC both featuring heavily.

From there, Panasonic is also working with its US counterparts to introduce a new range of Android products to defence ministries across the Atlantic. “For the department of defence in the US, Android is massive,” he says. “We’re looking to replicate that in Europe with their support.” Given everything Thomas and his colleagues have achieved so far, they are confident that they can replicate their success here too. Rugged mobile devices may have transformed military operations – but it is equally clear they’re only getting started. 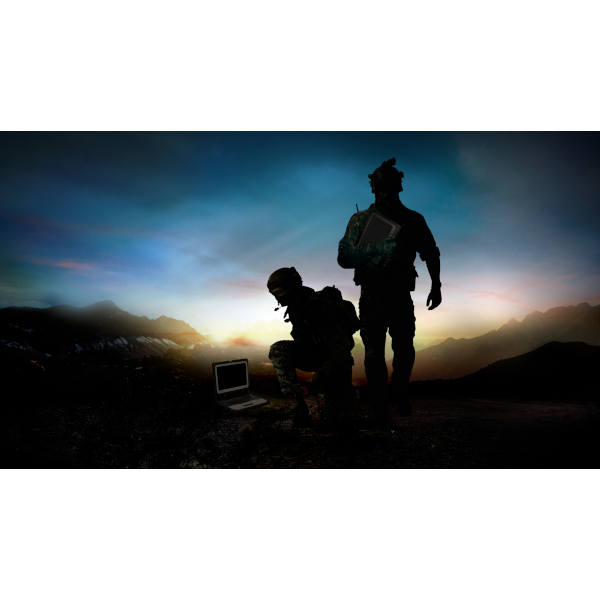 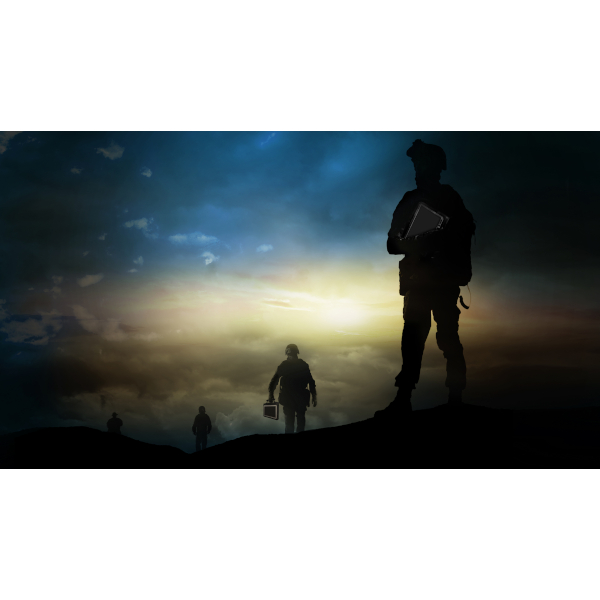