An ambitious equipment and acquisition model, Future Integrated Soldier Technology (FIST) has taken a holistic view of infantry equipment rather than procuring a series of isolated components. It is now delivering the considerable benefits of this integrated approach to the soldier, as Lieutenant Colonel Rob O’Connor of the dismounted close combat integrated project team at Defence Equipment and Support, MoD Abbey Wood in Bristol, UK explains to James Lawson.

The Future Integrated Soldier Technology (FIST) programme is a modular system of cutting-edge equipment, weapons and sighting initiatives that aims to maximise the fighting effectiveness of the British infantryman. After a decade of assessment, trials and procurement, the full FIST pack is now seeing active use in theatres such as Afghanistan.

"As far as FIST itself is concerned, there is nothing new to be trialled," O'Connor explains. "3 Commando Brigade, 16 Air Assault Brigade and 4 (Mechanised) Brigade have all been issued with FIST. 4 Brigade is deployed on Operation Herrick with the full suite of FIST equipment.

All remaining deliveries will be completed by the end of March 2015 with all infantry units equipped with FIST thereafter."

"When used in conjunction with the laser light module, you can hand off targets to other soldiers within the section who are operating with goggles."

"FIST is delivering that STA capability to the dismounted section," states O'Connor. "Starting with what goes on the weapon, the biggest single item is the new lightweight day sight (LDS). The FIST variant of the ELCAN Specter OS with a shield close quarter battle sight fitted on top gives you a much better, lighter, more effective sight than the old SUSAT [Sight Unit Small Arms, Trilux]."

FIST also aims to deliver an enhanced capability to operate in darkness. Though procured separaely, night vision equipment has been delivered with the rest of the programme so that every soldier in the dismounted section now has a head-mounted night vision system (HMNVS), a laser light module and PVS-14 goggles.

"There is now a seamless transition from day to night," says O'Connor. "You can engage more effectively at night or in areas of low light - if you are in a building, for instance."

Every commander down to fire team level has a Qioptiq Vipir FIST thermal sight (FTS). This uses thermal imaging, preferable for conditions in Afghanistan where the level of starlight or other light sources can be too low to support image intensification. Thermal imaging also improves the ability to see through optical camouflage, and assists in identifying concealed weapons and IEDs.

"If you need that longer range engagement at night beyond the scope of your goggles, you have the CWS," says O'Connor. "So you've got 24-hour low-light capability. When used in conjunction with the laser light module, you can hand off targets to other soldiers within the section who are operating with goggles, so again it's another move forward in capability."

The ability to deliver first-round effect is supported by upgraded Maxikite2 night sights for every fire-support weapon and a night-vision-capable Moskito commander's target locator for every commander down to fire team level. Each section also has a Uniscope lightweight infantry periscope, allowing them to locate enemy positions from the safety of cover.

The other new FIST sight is the fire control system (FCS) that goes with the 40mm underslung grenade launcher (UGL). The system instantly calculates the distance to the target and computes the angle of declination or inclination, adjusting the point of aim displayed on the sight in daylight and darkness alike. Each fire team has one of its rifles fitted with the UGL.

"The FCS incorporates a laser rangefinder that gives you a very accurate first round engagement," explains O'Connor. "Hitherto, at more extreme ranges it would probably have taken several rounds to get on target. You're now getting that first-round target effect - at range."

Feedback on STA effectiveness from 4 Brigade's active service use in Afghanistan has been very positive, in particular the superiority of the LDS over the SUSAT that it replaced (better eye relief and clearer optics) and the performance of the FTS.

Apart from the casualty locator beacon, which has already been deployed, FIST's situational awareness (SA) element is the one part of the package missing today. Previously included in FIST 2 requirements to be delivered after 2015, it has now been broken out as FIST dismounted situational awareness (DSA). This DSA project is embedded within the LE TacCIS programme, which is managed by the BATCIS Delivery Team.

"The DSA project is currently in the first assessment phase, with work in the next couple of years looking at exactly what capability we have and what is required in future," according to an MOD spokesman. "To do this, until spring 2014 we are working with Niteworks, a partnership of MOD and industry experts."

"We need to look beyond the actual weight of an individual piece of equipment and focus on how it contributes to the overall weight of the soldier as a system."

Minimising the burden on the soldier is another ongoing concern for DE&S; weight reduction is a key part of the Virtus body armour and load carrying project for example. As well as direct weight savings, the higher performance FIST equipment helps to reduce load indirectly.

"We need to look beyond the actual weight of an individual piece of equipment and focus on how it contributes to the overall weight of the soldier as a system," explains O'Connor. "The FIST Thermal Sight has lower power consumption than the previous thermal sight [so fewer spare batteries are required], while the improvements in range finding and target location mean that the same effect can be delivered with reduced ammunition. In terms of size and weight vs performance, I think that the equipment we are buying absolutely meets that."

Because budgets are limited, DE&S has had to balance the FIST fleet size against potentially better quality but more expensive kit. With fleet commonality simplifying management, another early FIST decision was whether to buy more legacy equipment or upgrade. O'Connor says that ultimately you reach a point where you have to move to the next generation of equipment.

"If you are looking to increase the fleet size, then you do it with the latest version, cascading what you've got to a broader audience." But how is it possible to avoid a mix of old and new kit causing problems?

"The way you do that is to change over a formation's worth of equipment. When a brigade is deployed in the field, all its units and sub-units will be equipped with the same type of equipment. DE&S might have to manage a broader fleet of equipment but, for the field army, it wouldn't be an issue."

That management role is working fairly well for FIST at the moment, with roughly 70% of equipment now delivered, though not all of that has been issued to troops. Some items will take until the end of the production run in 2015 to arrive, while others will complete next year. 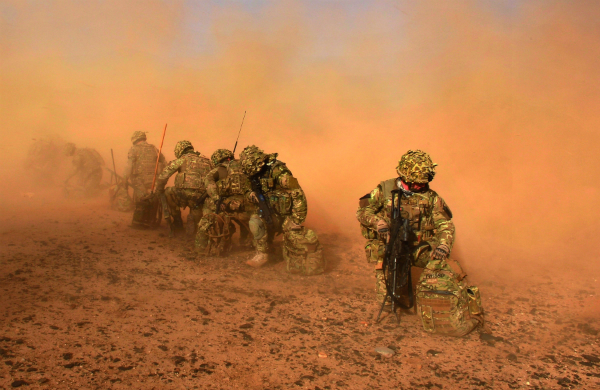 Minimising the burden on the soldier is an ongoing concern for DE&S. 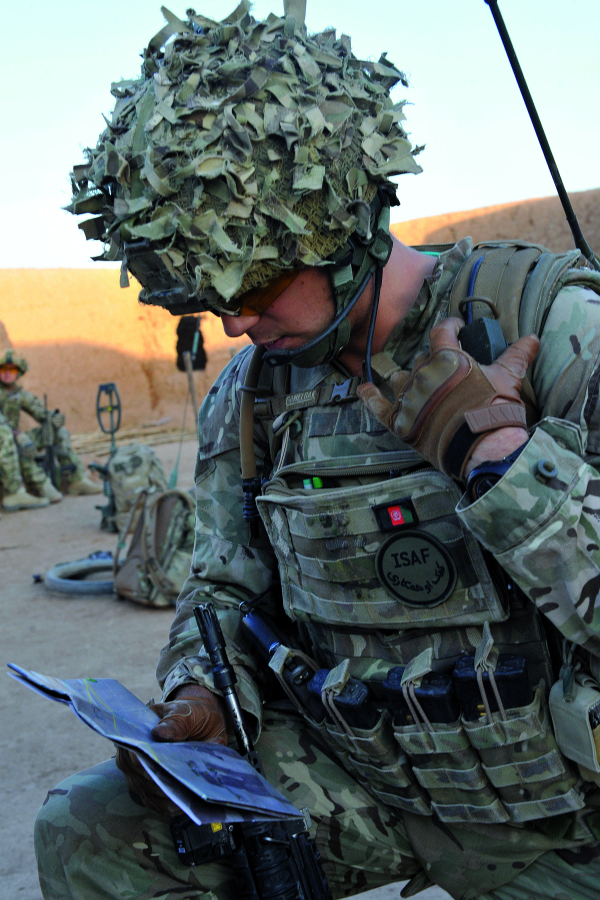 DE&S has had to balance the FIST fleet size against potentially better quality, but more expensive, kit. 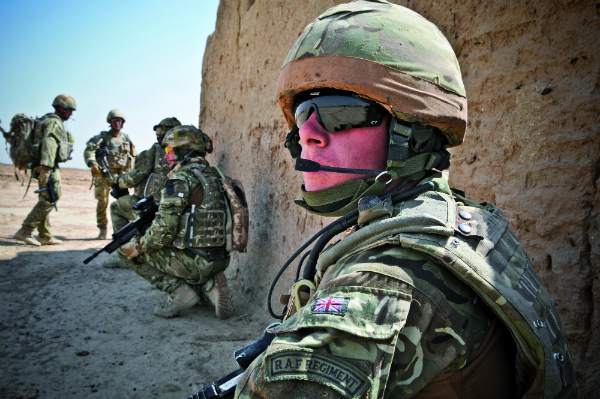 Feedback on STA effectiveness from active service use in Afghanistan has been very positive.
Post to: