Embraer Defense & Security is Brazil’s established defence and aerospace provider of multirole aircrafts for both civilian and military applications.

Embraer Defense & Security is Brazil’s established defence and aerospace provider of multirole aircrafts for both civilian and military applications. Well renowned for 50 years as a specialist of commercial and military aircrafts, its recent K-C390 and Super Tucano platforms are showcasing a glowing glimpse of the company's growing potential in aircraft military design & innovation, as well as imprinting its own legacy.

With its ability to provide a top-tier platform and cost-effective solution, DSSI speak with Caetano Spuldara Neto, Vice President, Sales & Business Development, Middle East, Asia, East & Southern Africa at Embraer, to find out what else Embraer is developing alongside its military aircrafts and what we can expect in the future. Embraer offers an extended presence throughout the Middle-East with a number of partnerships in recent times including Lebanon and Afghanistan supporting frontline security forces against the asymmetric threat.

Could you give us a bit of background about Embraer, and your Middle-East operations?

Embraer / Caetano:- A global aerospace company headquartered in Brazil, Embraer has businesses in Commercial and Executive aviation, Defense & Security and Agricultural Aviation. The company designs, develops, manufactures and markets aircraft and systems, providing Services & Support. Embraer is the leading manufacturer of commercial jets up to 150 seats and the main exporter of high value-added goods in Brazil. With a growing presence on the global market, Embraer Defense & Security, which is Embraer's defense arm, has products and solutions present in more than 60 countries.

Regarding our presence in the Middle-East, Embraer has an office for marketing and sales and the UAE. This location enables the Company to be geographically centered in the Middle East region while concentrating on the Gulf region. We have a full sales team and support staff that allows us to engage the region’s strategic customers.

Embraer are well known for your flagship suite, multi-mission aircrafts, such as C-390 and Super Tucano, how do these models assist the regional security efforts being undertaken here in the Middle-East?

The C-390 Millennium is the new generation multi-mission military transport aircraft. It delivers unrivalled mobility, rapid reconfiguration, high availability, and improved flight safety, all in a single platform. This modern, jet-engine, 26-ton tactical airlifter, that can perform multiple roles, including air-to-air refueling, and is designed to operate in austere environments fulfills the current and future military transport and multi-mission needs of the region. The C-390 Millennium combines the best 21st century technology and expertise of Embraer from both defense and civilian segments to deliver more value to the Middle-East operators while providing the best return on investment in its category.

Since entering into service in 2019 with the Brazilian Air Force (FAB), the C-390 Millennium has been deployed in logistical aerial transport missions, carrying tons of essential supplies to fight the COVID-19 outbreak in Brazil. All aircraft ordered by FAB are equipped to perform aerial refueling missions, with the designation KC-390 Millennium.

Fully NATO compatible, not only in terms of hardware, but also in terms of avionics and communications configuration, the C-390 Millennium has been acquired by two NATO nations: Portugal (five aircraft) and Hungary (two aircraft).

The A-29 Super Tucano is the gold standard for light attack, close-air support, surveillance, reconnaissance and advanced training. The A-29 has been selected by more than 15 Air Forces worldwide including Afghanistan and Lebanon, in the Middle East.  The A-29 Super Tucano is a combat-proven turboprop aircraft that combines several systems, sensors and attack capabilities in a robust platform, helping to bridge the gap in today’s asymmetrical environments and offers the operator a more economical alternative to counter insurgencies.

Last year, Embraer acquired Tempest Security Intelligence, a cyber security specialist, could you tell us a bit about this service and if it is available here in the Middle-East?

In July 2020, Embraer announced the signing of a contract for a capital investment in Tempest Security Intelligence, resulting in a majority interest in the company. The largest cybersecurity company in Brazil, Tempest, positions itself as a provider of complete solutions for business protection in the digital world. With offices in Recife, São Paulo, and London, it serves more than 300 clients in Brazil, Latin America, and Europe. For Tempest, in addition to demonstrating the importance of cybersecurity for high-tech industry and, the defense sector, Embraer's investment means enhancing the company’s perspectives for growth and expansion, in Brazil and abroad, including the Middle-East.

We are always interested in emerging technologies - what more could we expect from Embraer in the near future?

At Embraer, innovation is the Company’s DNA. In more than 50 years of history, Embraer has always reinvented itself in order to find new products and solutions, investing in research, development, innovation such as Eve Urban Air Mobility Solutions, Inc. (Eve), which has been launched as a new, independent company dedicated to accelerating the Urban Air Mobility (UAM) ecosystem.

Eve is developing a full portfolio of solutions to enable the UAM market and ultimately benefit people’s lives, including the progression and certification of the company’s electric vertical takeoff and landing vehicle (eVTOL), the associated comprehensive services and support network, and the creation of urban air traffic management solutions.

Benefitting from a startup mindset, backed by Embraer’s more than 50-year history of aerospace expertise, Eve unveils a unique and valuable market proposition. Eve’s human-centered eVTOL design represents an actual, certifiable product development, as evidenced by the first flight of the engineering simulator in July 2020, and the company is harnessing the expertise of both Embraer and Atech, a subsidiary of the Embraer Group, in providing globally-recognized air traffic management software to create the solutions that will help safely scale the UAM industry going forward. 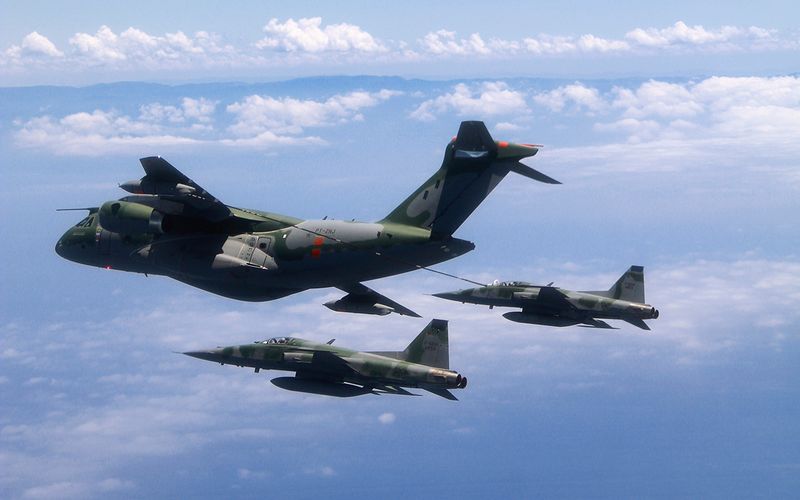