As the world attempts to tackle the issue of growing numbers of migrants trying to cross the oceans in search of asylum, HISS presents the available options to protect their safety and the interests of the welcoming countries.

The world has entered a new stage of chaos. The collapse of political stability in North Africa, the dramatic increase in Islamic extremism and the rise of organised gangs based solely on extreme greed, unbridled by any sense of morality or compassion, have led to a mass movement of populations. People are trying to get to Europe from some of the most chaotic and corrupt North African countries, such as Eritrea, Ethiopia and Sudan, via other equally chaotic and corrupt countries in the region, such as Libya and Egypt.

As is always the case, extreme misery of large masses of people creates financial opportunities for smuggling gangs, who offer their services to those who are the most desperate to escape to a "better life" in Europe. The people who seek these services are often subjected to severe physical abuse by such groups, resulting in injury or even death. The most extreme risk, however, is crossing the Mediterranean in overcrowded boats that are barely seaworthy.

European countries bordering on the Mediterranean are struggling daily with the issue of masses of foreigners attempting to reach their shores. Besides the obvious issues of whether of not they want hundreds of thousands of North Africa's most destitute and desperate, themselves beyond compassion for each other as they reduce their own risk of survival by murdering their own fellow migrants, these Mediterranean countries share the higher moral responsibility of helping these victims of the worst and most corrupt governments and violent internal conflicts in modern times.

The options are few. Countries can either work to stabilise the most corrupt and mismanaged countries, annihilate the gangs that run smuggling operations, stop the boats from entering the international waters of the Mediterranean, enforce turnaround of the boats before they reach European shores, or help the migrants to reach Europe and give them an opportunity to build better lives for themselves.

Western governments have little desire to help stabilise poor, corrupt nations and, as was shown in Iraq and Afghanistan, the local populations would rather suffer under corrupt governments than have foreign armies occupy their countries. Even though it is easy to reach the heads of these disastrous states, they are such stereotypical extreme despots that nothing short of invasion or a well planned and executed coup will effect any real change in the lives of the local populace.

Destroying the smuggling rings seems an obvious solution, but the demand for such services, and the money generated through them, means fighting the migrants as well as the corrupt governments that profit from such operations. However, a well managed covert operation against the smugglers' leaders, who are very well know to the regional inhabitants and the migrants themselves, would slow the flow to a trickle, giving more time to focus on stabilising the worst-offending nations in the region. If the current migrants had fewer opportunities to abandon their fellow countrymen to the local corrupt officials and bureaucrats, they may redirect their energies towards effecting real change in their own countries.

Stopping the migrant boats from leaving their territorial waters is not a legal option, as everyone has the right to enter international waters. But if the intent were determined, this would allow monitoring, inspection, escorting or turning around the vessels for humanitarian reasons. This is also the most costly and challenging of the marine options, as it takes place far from the Mediterranean nations' territorial waters.

The most realistic and least politically risky option is finding and tracking the migrant ships before they enter European nation territorial waters. At least that provides an option to either reject, save or help the migrants without having to fight the entire North African region.

Finding small, low-profile ships in the Mediterranean is not a trivial task. Distances are too great for coastal radars, and the radar cross-sections are very small, especially under higher sea states, as is frequently the case in the Mediterranean. Naval radars are even shorter in range, and finding the migrant ships is down to luck more than technology.

Airborne sea-search radars, such as the Telephonics APS-143 OceanEye or the SeaSpray 5000, have a much greater range due to the altitude of the radars, which look down on the seas rather than across the waves. They can detect small radar cross-sections, such as wooden ships, and are readily augmented by long-range stabilised infrared sensors, such as the L3 Wescam MX15HD or the FLIR SS380HD. These can frequently detect body heat from people on board the ship before the radar detects the vessel itself through reflected radar energy. This is particularly the case if the vessel is made of wood or fibreglass, albeit at shorter range due to the higher energy absorption of passively emitted mid-wave IR energy at sea as compared with the lower energy absorption of the RF energy emitted by high-power, long-range search radars.

Topping the latest stabilised, long-range, high-definition, airborne electro-optical/infrared (EO/IR) sensors are the new moving target indicator (MTI) systems, which can assist search and rescue operators in finding small, low-profile migrant vessels, and even migrants in the waters of the vast Mediterranean seas at greater ranges. These new systems allow faster, more effective searches than would be possible using even state-of-the-art EO/IR surveillance systems, thanks to their ability to automatically detect small targets against a chaotic background of waves.

Long-range, manned maritime search aircraft, such as the C-27J or C-295, can be complemented by medium and long-range unmanned aerial vehicles (UAVs). These can be continuously operational in a rotating constellation of aircraft, comfortably managed 24/7 from remote, shore-based control stations, linking all detected vessels to a central command environment, which coordinates and dispositions all marine targets. Once the migrant ship is detected, the decision as to whether to turn around, assist or accept the incoming vessel becomes a political one.

Focusing on migrant ships closer to their own territorial waters, but still distant enough to provide time for a decision of interdiction or aid, would reduce the cost and risk of migrant management. Coordinating their patrol areas and response policies with their neighbouring nations would eliminate gaps and reduce confusion as to what responses to provide, and how. In addition, determining a standard Mediterranean migrant policy would ensure that a consistent message could be passed to future migrants so they know what to expect.

Many migrants claim it is better to die crossing the Mediterranean than to remain in their own country, but other options, if provided, may be preferable. European nations encouraging and participating in North African political discussions on the migrant problem may improve the level of cooperation with even the most extreme of government leaders, or at least identify which leaders are part of the problem rather than the solution.

Wrong or right in whose eyes?

Although there are many people who wonder why this is such a difficult problem to solve from their own perspective, the definition of right and wrong is not universally agreed or accepted, and there are many who reject even the concepts. Regional attitudes, extreme poverty, unstable communities, corrupt officials and governments, and religious extremism have resulted in an array of opinions regarding human rights and freedoms, and greed is replacing morality across the globe. Even within Europe and the subset of European nations bordering on the Mediterranean, there is little agreement on whether greed and comfort should be compromised for humanity and compassion. 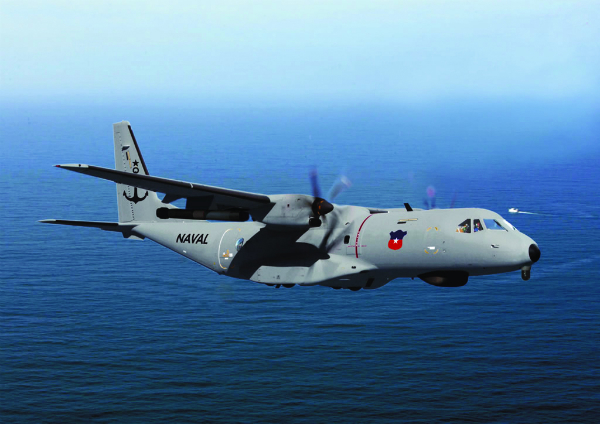 Airborne sea-search radars have a much greater range due to their altitude. 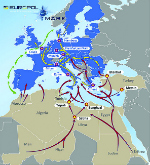 Masses of migrants are trying to get to Europe from the most corrupt North African countries. 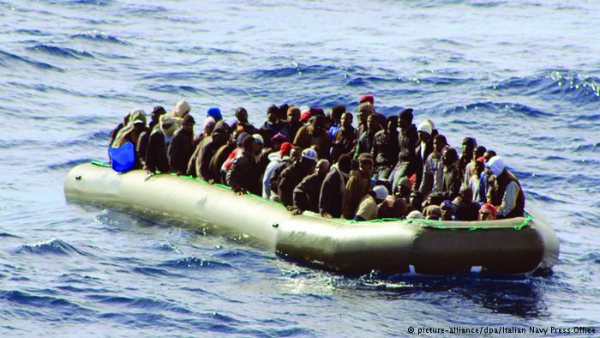 Migrant boats are overcrowded and often the vessels are not even seaworthy.