As terrorism and illegal migration take to the waters, Robert Stevens, CEO at Tampa Yacht Manufacturing, talks about how his company is building vessels with the aim of combatting the threats countries face along coastline borders.

The world's littoral areas have become porous entry and exit points for criminals, smugglers, pirates and terrorists. Every nation that has a coastline, including lakes and rivers, struggles to secure these areas, as terrorist organisations use small craft to enter unnoticed. Large vessels with limited mobility have become sitting ducks for such groups. In order to combat this asymmetric small-craft threat, a similar small-craft defence is required.

The current thinking is that the best countermeasure is to create symmetry, therefore many are considering fielding fleets of their own. Tampa Yacht Manufacturing (TYM) offers the ability to rapidly supply a large number of small craft to counter these forces. Likewise, similar manufacturers all over the world are filling the void in small-boat navies.

Rogue states such as Iran and North Korea have built - and are continuing to build - vast fleets of small, asymmetric-threat, high-speed craft, and are exporting these to other hotspots around the world. Piracy is on the rise; every year, a record number of piratical boardings are made in the Gulf of Aden. The ability to anticipate threat assets, and to move quickly to design, outfit and supply craft to neutralise those assets, is merely the tip of the spear.

TYM supports governments bordering the Indian Ocean, the Arabian Gulf, the Gulf of Aden, the Yellow Sea and inland border lakes, among others. Its small, high-speed craft are uniquely suited to secure, defend and protect these areas. By using water-jet and surface-drive propulsion for shallow-draught, high-speed and low-signature applications, the fast interceptor craft now being employed are more agile and significantly faster than their predecessors, and are equipped with sophisticated electronics and communications systems, ballistic armour and infrared night-vision cameras.

Something in the water

The world's oceans and water regions continue to increase in significance when seen under the perspective of the current geopolitical environment. The operators of the world's major bluewater navies are under incredible financial pressure to scale back international operations and return to waters that are closer to home, thus opening the avenue for new naval hegemony in areas such as the Arabian Gulf.

Further, there is continued political instability in the Middle East, which began with the Arab Spring in the Gulf Cooperation Council area and the Mediterranean. This has laid bare the meagre or non-existent coastal defences, which have allowed a mass exodus of people via water. Radical elements of such nations in transition may also attempt to take hold of and import or export terrorism, piracy, or other illegal activities by way of coastal waters. Combined with the continued global financial volatility, which is leading to future political instability all over the world, all of these factors contribute to the growing need for global coastal defence.

TYM's goals are mission performance, robust construction, durability, sustainability and survivability. Man Machine Interface, yacht-quality finish and endurance-enhancing features, coupled with low-cost, commercial off-the-shelf materials and equipment are key factors driving the success of its craft and expansion of its customers' asset base.

Design and engineering are based on requirement and performance, ensuring a product that exceeds customers' expectations. This approach has enabled the firm to maintain a highly competitive stance, and by bringing the most skilled labour to the equation, it is able to reduce construction time and eliminate rework while sourcing materials, equipment and custom-outfitting from the largest pool of suppliers in the world.

TYM, along with other international builders, has developed state-of-the-art technology for asymmetric warfare. Beyond the capabilities and available products of many indigenous yards, TYM and other key builders offer advanced solutions for domain awareness, navionics, long-range communications, remotely operated weapons platforms and high-performance, low-observable craft.

TYM is working closely with governments and indigenous yards to level the playing field through the transfer of technology. It provides the tools and know-how to combat terrorist threats with state-of-the-art engineering solutions, while at the same time providing in-country economic benefits. 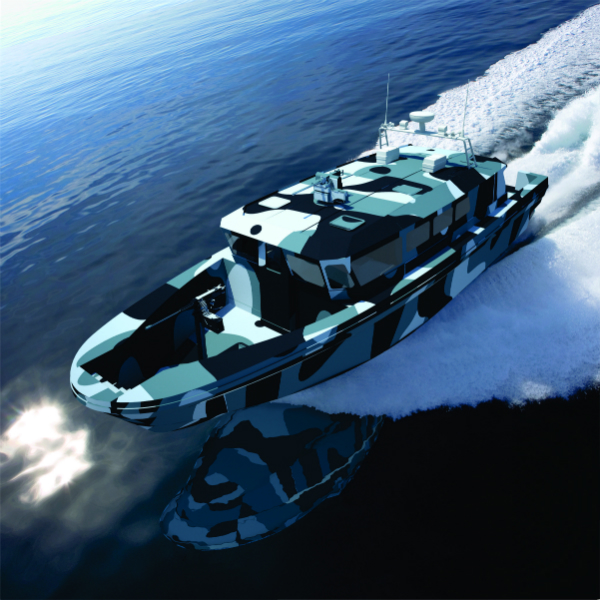