secunet is one of Germany's leading providers of superior IT security. In close dialogue with its customers - armed forces, public authorities, enterprises and international organisations - secunet develops and implements high-performance products and state-of-the-art IT security solutions. Thus, secunet not only keeps IT infrastructures secure for its customers, but also achieves intelligent process optimisation and creates sustainable added value.

At secunet, more than 350 experts focus on issues such as cryptography (SINA), e-government, business security and automotive security, aiming always to be one step ahead of competitors in terms of quality and technology. secunet emphasises long-term relationships with its customers in an atmosphere based on partnership, as demonstrated by our successful security relationship with the Federal Republic of Germany, which has been active since 2004.

secunet is one of Germany's leading specialists in innovative and sophisticated IT security. As a result of the company's focus on IT security and IT high security, security aspects are at the centre of all of secunet's projects. The projects comprise the preparation of security analyses and concepts, supporting security-critical software development projects, the evaluation of security technologies and the implementation of security solutions, including in the area of high security. The procedures are based on internationally recognised guidelines and standards. Furthermore the portfolio includes the programming and implementation of various smart card scenarios.

In Essen, secunet runs a BSI-approved (BSI - German Federal Office for Information Security) test laboratory for IT conformity in accordance with ISO 17025, and is experienced in the preparation and implementation of other test procedures. For more than ten years secunet has supported evaluations of IT systems in accordance with common criteria (CC) and information technology security evaluation criteria (ITSEC).

Due to its concentration on highly sophisticated IT security, secunet is repeatedly involved early in the planning stages of flagship projects, when secure communication is required or data and digital identities need to be protected against unauthorised access. For example, secunet has made an important contribution to projects such as the electronic passport, secure citizen portals and digital identities, and is currently supporting the discussion about secure standards in smart grids.

secunet is a longstanding and established service provider for public authorities and the German armed forces and, after many years of working with government agencies, has fundamental knowledge of their requirements. The successful collaboration resulted in a wide-ranging security partnership being agreed between the Federal Ministry of the Interior and secunet in 2004.

For the German Federal Office for Information Security, secunet developed the secure inter-network architecture, which enables secure processing, storage and transmission of classified documents as well as other sensitive data.

The product portfolio covers different gateways, line encryptors, clients and management systems that have been in use in the public sector, armed forces and companies handling classified information for many years. Selected SINA components are approved for processing and transmitting classified documents up to and including the classification levels TOP SECRET, NATO SECRET and SECRET UE.

The Federal Government of Germany entrusts SINA with its most secret data and uses products from the SINA family in many areas for the purpose of securing communication.

As a VPN gateway, the SINA L3 Box is a core component of the central IT infrastructure in "Classified" level networks. On the one hand, it connects private networks belonging to public authorities or companies via public networks, the Internet in particular. On the other, access to (terminal) server areas by SINA clients is provided via SINA L3 Boxes - which serve as cryptographic network access points. The exchanged data is transmitted in so-called VPN tunnels either between SINA L3 Boxes only or between SINA clients and SINA L3 Boxes.

The SINA L3 Boxes are approved in various configurations for the transmission of classified material up to and including TOP SECRET (Germany), NATO SECRET (NATO) and SECRET UE (EU).

The SINA Workstation is a fat client with a cryptographic file system and IPSec-protected communication. Protected by a VPN tunnel, the SINA Workstation communicates with server areas or terminal server areas. This makes flexible use possible: stationary or mobile, online or offline. SINA networks can be accessed via wired (Ethernet) or wireless media. Emission-protected hardware platforms are required for approval purposes.

The SINA Workstation S was specially developed for users with medium protection requirements. It is multi-session enabled and can, for instance, process public data and RESTRICTED data in parallel sessions. The SINA Virtual Workstation S supports a wide range of standard hardware.

The SINA Workstation H was specially developed for users with higher-level protection requirements and is based on hardware cryptography. It is multi-session enabled and can, for instance, process data that is classified up to SECRET in parallel sessions. 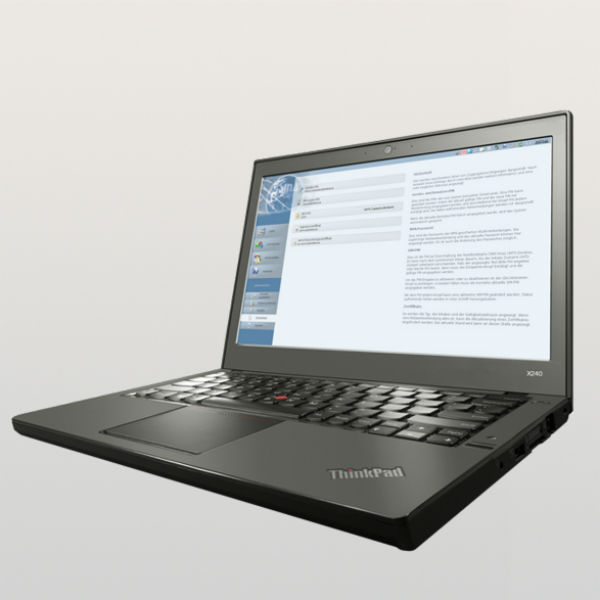 The SINA Workstation is a fat client with a cryptographic file system and IPSec-protected communication.
SINA Workstation H R RK9 is a crypto client with a hardened and intensively security-evaluated Linux system platform for more tough environments and military purposes.
The holistic security concept of the SINA L3 Box comprises a secure system platform, smart card technology, IPSec-protected communication, and scaled and configured hardware compliant with approval standards.
The SINA L3 Box is also available in a ruggedised design.