Isode has been developing and supporting commercial off-the-shelf (COTS) software for secure messaging since 2002. Isode software is at the heart of great solutions, built in conjunction with partners, for Military, Intelligence and Civil Aviation customers in over 150 countries.

Isode’s products include Servers and Gateways for Messaging, XMPP, Directory and HF Radio as well as an XML Guard and APIs.

Designed to work over both standard internet-quality links and over Constrained Network links (high-latency and/or low-bandwidth) such as SatCom, HF, VHF and UHF, Isode products are in service with Armies, Navies and Air Forces worldwide.

Email messaging services for use in constrained bandwidth environments

Isode provides email server, gateway and client products for military messaging using STANAG 4406, ACP127 and SMTP protocols, including gateways between these protocols following ACP145 and MIXER. Isode products are ideal for deployment in both standard and constrained bandwidth environments.

The company also provides clients, gateways and servers for deployment as part of a military email solution:

•        ACP145: Isode M-Switch MIXER can, together with M-Vault (an ACP133 military directory) be configured as an ACP145 Gateway to convert between national variants of S4406.

All Isode Email Server products can be deployed as a local MTA providing one or more of Isode’s supported protocols or as a gateway between any of the listed protocols, as well as SMTP and X.400.

Isode provides clients, gateways and servers for deployment as part of a military XMPP solution:

•        XMPP Boundary Guard: M-Link Edge allows for the application of boundary controls on message traffic, either independently or in conjunction with a High Assurance Guard.

Instant messaging is becoming an increasingly important communication option for militaries, particularly for sharing communication with a large number of users with multi-user chat capabilities.

Voice and video communications are often impractical due to networking constraints and/or operational characteristics. Email or formal messaging is often too slow and cumbersome where information sharing and associated decision-making needs to happen very quickly.

Directory services are a critical military component, used for tactical and strategic systems. Military directories, standardised in ACP 133, are used to provide information services, support of military messaging, and as supporting infrastructure for other applications such as PKI (Public Key Infrastructure).

Isode provides all of the servers and management tools needed to build a military directory.

All of Isode’s products are optimised for use over constrained networks (low bandwidth and/or high-latency) such as SatCom and HF Radio. In addition, Isode produces a modem-independent STANAG 5066 server enabling applications to work simultaneously and efficiently over HF modems/radios. Secure XMPP instant messaging with support for many security features 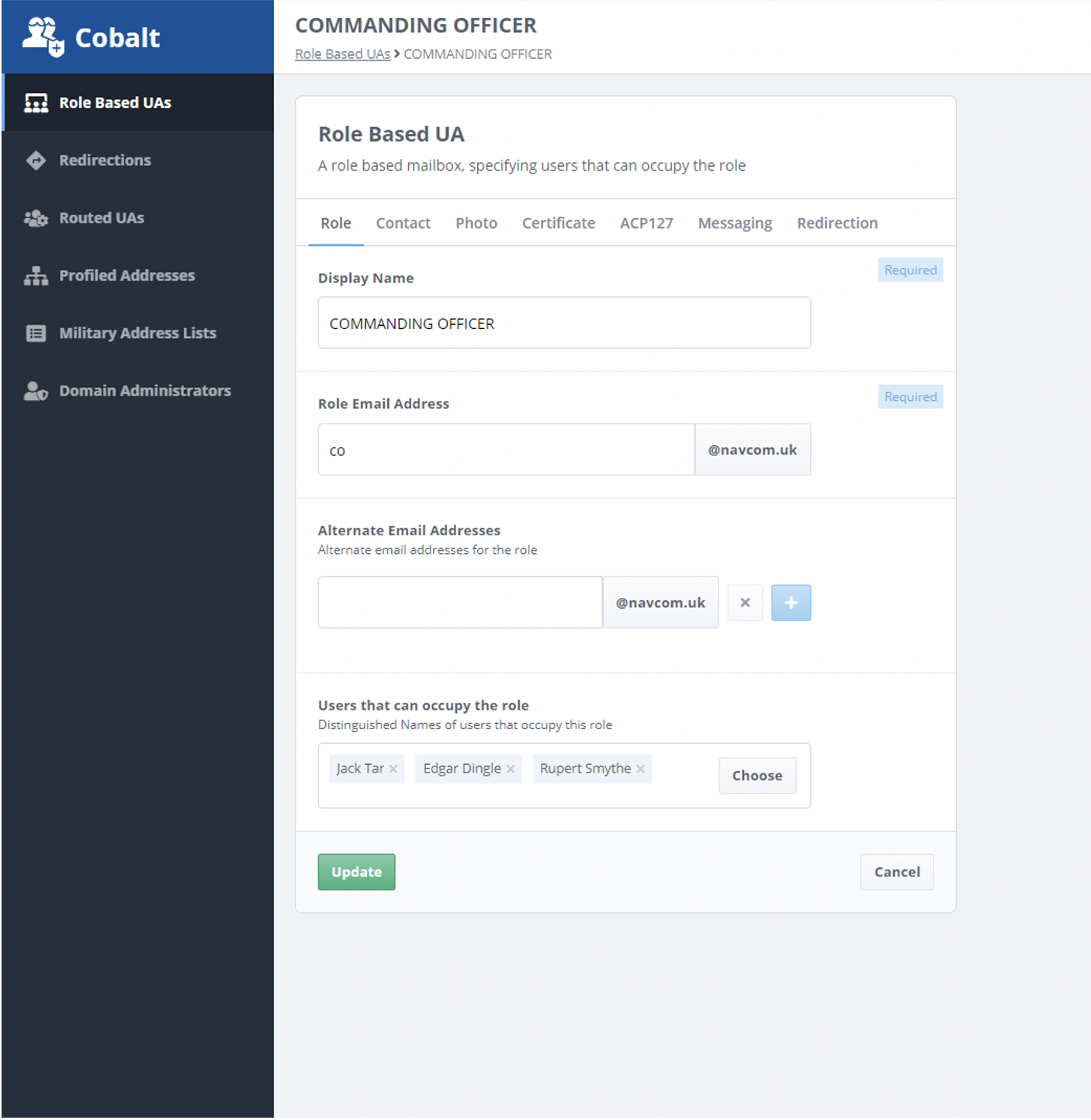