Within the sphere of protection

Active protection systems (APS) for defence vehicles are a hot topic, with rapid development and a variety of offerings – meaning careful analysis is required to select and tailor solutions. Andrew Barnett talks to Tom Newbery of the UK Ministry of Defence’s Defence Science and Technology Laboratory about the proof-of-concept Technical Demonstration Programme established to maximise the capabilities of APS.

The time available to respond to a threat on the battlefield can be as little as 100ms. Such a small window means a high level of automation and sensor integration is needed to protect combat vehicles and crews. Automatic protection systems (APS) provide this capability – often meaning the difference between life and death.

The challenge is to produce an agile system capable of offering maximum protection across a range of vehicles, terrains and threats. Careful analysis, development and testing are required to engineer solutions that provide protection even as threats evolve.

“Within the research project as a whole, our aims are to de-risk the introduction of APS into service for UK forces and assist the customer community in understanding the benefi ts, risks, costs and potential hurdles in this process.”

The UK Ministry of Defence is leveraging the scientific and engineering expertise at its Defence Science and Technology Laboratory (Dstl) to advance the next generation of APS, and to offer the widest possible operational capability for land vehicles. The Icarus proof-of-concept Technical Demonstration Programme (TDP) is central to these objectives.

Map of the future

“Within the research project as a whole, our aims are to de-risk the introduction of APS into service for UK forces and assist the customer community in understanding the benefits, risks, costs and potential hurdles in this process,” he says. “This will enable modularity and flexibility in next-generation APS, while improving the integration to other vehicle mission systems. As an open standard, it will be exploitable by NATO and other partner nations.”

Long-term goals include understanding the future direction of APS and where research activity needs to be focused. Leonardo MW is leading Icarus, with industry and academic partners delivering logical and functional system design, as well as essential underpinning activities such as platform integration and human factors analysis. The project is targeted for completion when the MIPS architecture standard is delivered in November 2020.

“The intention is to provide MIPS as the baseline for NATO STANAG 4822, a NATO-wide architecture standard for active protection,” says Newbery. The vision is for this standard to become a fundamental design requirement for future UK APS design development, with the baseline being further complemented by other standards, including the UK and NATO’s generic vehicle architecture (GVA) standards, DEFSTAN 23-09 and STANAG4754.

Ultimately the aim is to provide a balance between technical de-risking and industrial innovation. “Dstl recognises the need to develop and maintain industrial capability to ensure that the UK and NATO have access to a world-leading capability, and one that remains affordable,” says Newbery.

He said Dstl wanted to create an open APS standard to provide benefits across the defence lines of development (DLOD). “For example, Icarus is de-risking platform integration as far as possible, and MIPS will support the optimised exploitation of information across the digitised battlespace.”

Evolve with the times

While the priority is to deliver the MIPS architecture standard rather than a system, physical demonstrators are also being built to prove functionality and flexibility using off-the-shelf sensors and effectors.

The threat picture in today’s operating environments continues to evolve, says Newbery. “We can never stand still. Dstl believes that not only will APS represent a step change in platform protection, but also that the ability to rapidly update, rerole or replace APS is critical for it to stay ahead. This was a key driver for initiating the Icarus programme.”

The UK team is working with allies to pool expertise and improve understanding about how effective APS is and – crucially – to determine its limitations. “After all, APS is just one layer of the survivability onion and other technologies – from signature reduction to advanced armour – will continue to be required.”

100ms
The estimated time available to react to threats on the battlefield.
Dstl

Systems need to be robust in a range of theatres and protect against different types of threats. Therefore, in parallel to the APS architecture definition activities, Dstl is also providing support and guidance relating to common testing standards for measuring APS protection performance, as defined by STANAG4686.

Newbery says the requirements for any vehicle-installed equipment were well understood. “Armoured vehicles are themselves a challenging environment, and this is further complicated by the locations they can be sent to,” he says.

An APS system will remain dormant for much for its service life, maintaining a ‘watch and wait’ state approach until called upon. Then, reaction time and safety are of the essence, with the system having just moments to identify and safely counter threats. They must also contend with the ability of some weapons to trick the APS into activating before the main threat impacts the vehicle.

“Dstl recognises the need to develop and maintain industrial capability to ensure that the UK and NATO have access to a world leading capability, and one that remains affordable.”

Active protection relies on the detection and interpretation of a threat prior to it striking the platform, says Newbery. Countering threats before they strike means that opportunities can be taken to evolve lighter and more compact vehicles, as the need for conventional armour can be reduced. APS therefore provides much more efficient platform protection.

Newbery says the benefits of lighter vehicles are well recognised, and include agility, logistics burdens, reliability and signature. “Active protection is one part of delivering higher protection levels within a smaller package,” he says.

An effective APS can also share threat detection and classification information with the vehicle’s crew and, potentially, with other vehicles as well. This can result in threats being dealt with more quickly, reducing the chance of an enemy initiating a second shot. In this way, active protection may also provide forces with enhanced chances of mission success rather than solely survivability benefits.

Even so, APS is viewed as automated rather than autonomous and systems still require arming by the crew before they will operate independently, according to specific operational parameters.

System safety is inevitably a key challenge, says Newbery. “How do we provide a capability that is safe to operate, guarding against the risk of false alarms and unintended deployment of a countermeasure, while also ensuring that it can effectively deal with a range of threats?”

“Armoured vehicles are themselves a challenging environment, and this is further complicated by the locations they can be sent to.”

Systems need to work accurately and efficiently across a range of vehicles that have different physical parameters – from protected patrol vehicles like the Mastiff and the Husky to Challenger 2 battle tanks.

“This is another benefit of the modularity we hope to achieve through Icarus,” says Newbery. “Each vehicle represents a different use case that will place different requirements on APS. The aim is to provide a framework by which different vehicles can share common components where appropriate, and then easily and cheaply insert vehicle-specific technologies as required.”

As with any new British Army vehicle programme, backwards compatibility is an issue. Requirements for new systems must allow them to function equally well on both an extensive legacy fleet and on any future platforms that may be purchased. “For a MIPS-enabled APS, we are examining both how it would integrate to a GVA-enabled platform and also how this would work on legacy platforms such as our protected patrol vehicles,” says Newbery.

Every design element is being probed to unlock possible improvements in each of the core functions of APS, namely the sensor suites, processing systems and countermeasures systems that provide the ability to identify and defeat threats. Newbery says every one of these areas has development potential.

There is also scope to increase future APS use. Alongside technical developments under Icarus, Dstl is working with the British Army to more thoroughly explore how APS technology can be deployed and managed moving forward. Newbery says that APS needs to be installed within tight time parameters and perform operationally regardless of how or where it’s called into action.

It’s envisaged that the programme will lead to more companies innovating in the area of APS. As Icarus is based on the development of an architecture rather than a product, the architecture will remain Crown-owned. This will allow Dstl to publish it and encourage a wide adoption of the standard. “We also hope to encourage smaller industries and subsystem suppliers from a wider range than the traditional large defence contractors to engage with Icarus and develop subsystems that can be integrated to a MIPSenabled system,” says Newbery. 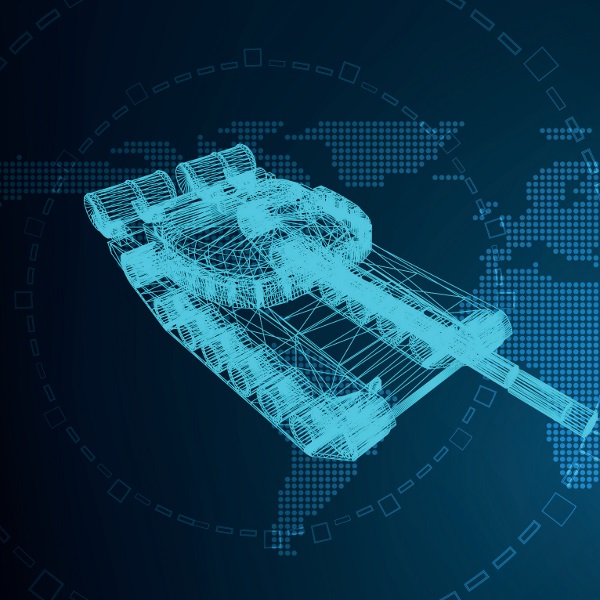 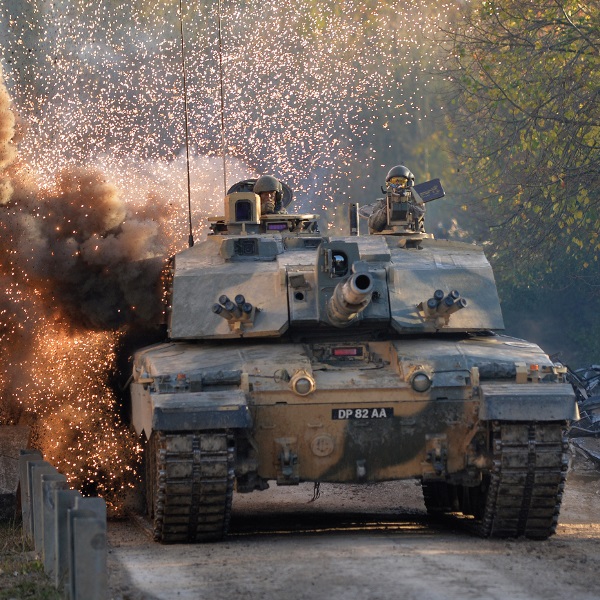 The Challenger 2 main battle tank – systems need to work accurately and efficiently across a range of vehicles that have different physical parameters.
Post to: