Chemical and biological attacks have made an unwelcome return, from the use of Novichok in Salisbury to VX in Malaysia and chlorine gas by multiple sides in the Syrian Civil War. Now almost a regular feature of asymmetrical warfare, how are western militaries and security advisers adapting to this resurrected danger? Will Moffitt speaks to renowned CBRN experts Dan Kaszeta and Tim Otter to find out.

As the train rolled into Shin-Ochanomizu Station, Ikuo Hayashi punctured one of two sarin packets he’d lovingly wrapped in sheaves of Akahata, the Japanese Communist Party daily, before rushing out the carriage when the doors opened. Almost instantly, the gas inside the package began to leak and the eyes of passengers began to sting. Some started choking and vomiting. Many were blinded and paralysed. Several passengers and station staff had died by the time the train was stopped and the package removed, some four stops down the line. Over 5,000 miles away in a conference centre in Stockholm, Tim Otter was chatting to Göran Olofsson, head of chemical detection research at the Umeå research laboratory in Sweden, about what the future might hold for chemical warfare response units.

“One of his scientists comes rushing in and says, ’There’s just been a chemical attack in Tokyo.’ It was surreal,” Otter says, recalling the strange irony of the situation as the annual gathering of chemical weapons experts at the Chemical and Biological Weapons Protection Symposium descended into chaos. The ex-British army officer turned security consultant left Stockholm for Tokyo to lend his expertise to the Japanese authorities a few days later.

In the end, 13 people died and 5,800 others were injured in five simultaneous attacks on three Tokyo subway lines by the Aum Shinrikyo sect. The incident radically shifted Otter’s professional and personal outlook. “It made me think about what the threat was from people like cults and terrorists,” he says. Patently, chemical weapons were hard to beat as an instrument of terror. “You don’t need to use much of it in a very congested space to cause absolute pandemonium.” The Tokyo subway attacks were also a watershed moment for chemical weapons expert Dan Kaszeta. “The idea was ‘Well, even a nation state would struggle to develop these programmes because it’s a hard thing to do’,” Kaszeta explains. “But Aum Shinrikyo’s p rogramme was easily the size of a small country’s.”

“The UK has gone backwards in CBRN from where it was perhaps ten years ago, certainly pre-Afghanistan. […] It’s the old story, once you lose a capability, it’s very difficult to get it back.”
Tim Otter

Kaszeta would say as much to the US government, where he would serve for some 12 years as an adviser on CBRN issues, instructing the Clinton and Bush administrations on how to guard against the looming threat of chemical and biological attacks. Alongside running the consultancy Strongpoint, and promoting his upcoming book, Toxic: A History of Nerve Agents From Nazi Germany to Putin’s Russia, the UK’s de facto chemical warfare historian now spends an unhealthy portion of his time negating conspiracy theories around Covid-19. In a recent article for the Washington Post, for instance, he strongly argued against the notion that the virus was developed as a biological weapon.

“You couldn’t have created the existing circumstances on purpose, even if you tried, because of the random nature of things,” Kaszeta says. “And a virus that takes out the less economically active members of the economy first? That’s not something you would ever engineer.”

A new form of warfare

By the 1970s and ‘80s, an estimated 25 states were experimenting with various forms of poison gases to be used on the battlefield. The period is commonly regarded as a renaissance in the field of chemical weapons research, with the US developing the deadly VX – itself an offshoot of Sarin gas – and the Soviet Union producing the first samples of a nerve agent they called ‘Newcomer’, more commonly known in the West as Novichok. Until relatively recently, chemical weapons had only been used on the battlefield a handful of times, most notably during the First World War and the Iran-Iraq War. In the past decade, however, they have rapidly turned from being a weapon of last resort into what an increasing number of tinpot dictators and terrorist cells regard as a valuable tactical asset. Their use in the Syrian Civil War, the assassination of Kim Jong Nam in Malaysia by the North Korean government, and by Russian intelligence agents in the attempted murder of Sergei Skripal and his daughter in the UK illustrate an erosion of the norms concerning the deployment of chemical and biological weapons.

Otter agrees, arguing that politicians have failed to act decisively against state actors using this form of warfare, a trend that has diluted previous strong deterrents against their use. “I think by being politically weak, we lost that deterrent and it’s only by being firm that we’ve regained some ground, although we’ve still got lots to make up,” he says, citing the US government’s failure to hold the Assad regime in Syria to account for using sarin gas to attack civilians in East Ghouta in 2013. “Obama had the perfect opportunity to slap Assad and other potential users down,” Otter argues. “He drew red lines in the sand and then he made them white overnight.”

An equally disturbing problem is the concept of fake news as erroneous reports of chemical and biological attacks are circulated, leading CBRN teams and weapons inspectors up blind alleys, wasting valuable time and resources. Likewise, it has become easier for political leaders to quash objective reporting by circulating conflicting stories about who is responsible for chemical assassinations. A general lack of investment in CBRN response capabilities also troubles the chemical weapons expert, particularly in the UK. “The UK has gone backwards in CBRN from where it was perhaps ten years ago, certainly pre-Afghanistan. The first thing that happened was money was switched out of CBRN and into counter IED,” Otter explains. “It’s the old story. Once you lose a capability, it’s very difficult to get it back.”

Recent events, however, have helped revitalise the UK’s CBRN resources, not least the attempted assassination of Skripal and his daughter Yulia in Salisbury. Since that fateful day in March 2018, the UK government has been unable to ignore the very real dangers of localised chemical threats.

Gavin Williamson, then defence secretary, pledged £48m to build a state-of-the-art chemical weapons defence centre at Porton Down in response to the Skripal attacks, and the disbanded regiment of the former commander of the UK’s CBRN initiative, Hamish de Bretton-Gordon, is being reorganised. Meanwhile, the Royal Marines now have a specific unit, Zulu Company from 45 Commando, that specialises in chemical warfare, specifically in combatting Novichok and fatal nerve gas attacks. More needs to be done, however, according to Otter, not least because advances in new technologies such as gene-editing techniques can modify biological pathogens, making them deadlier and more accessible than ever before.

“One of my great themes in the CBRN world is that there is simply not enough connectivity between the people on the front line, people doing the science and the engineering, and the people doing the delivery in terms of financial production,” he says, arguing that to have any real hope of defending against these attacks, militaries and governments must not only pour more money into CBRN response units, but also unite these semi-disparate fields of expertise. For Kaszeta, the key to preparing for and combatting chemical and biological warfare on the battlefield is by deflating some of the hype that surrounds it. Instead of treating these threats as special and unique, they should be seen as operational environments. “The military has learned that you can operate in freezing temperatures and not have all your troops die of hypothermia,” Kaszeta says. Likewise, you can operate in malarial conditions and places with tropical diseases if you do basic things to protect yourself. “The minute you start putting chemical warfare up on a pedestal and making everybody scared of it, nobody wants to train for it. If the military treated malaria like it treats chemical warfare, a lot of people would end up getting sick.”

As Covid-19 continues to rage around the globe, the anarchy it has caused and the inspiration that could provide to terrorist groups and rogue nation states remains a huge concern for militaries and governments – particularly given that medical tracing and detection capabilities have struggled to diagnose Covid-19 quickly and accurately.

“The minute you start putting chemical warfare up on a pedestal and making everybody scared of it, nobody wants to train for it. If the military treated malaria like it treats chemical warfare, a lot of people would end up getting sick.”
Dan Kaszeta

“What’s the difference between Covid-19 and anthrax? Not much. What’s the difference between Zika virus and anthrax? Not much. We’re nowhere near having a real-time detection capability for biological diseases and threats,” Otter says. “Here we are staring this disease in the face and we still haven’t got it right in a retrospective test, let alone in real time.”

With efforts to quell and eradicate the virus ongoing, Otter is hopeful that renewed investment in CBRN detection capabilities and specialist military groups will help safeguard the UK and other countries from these attacks. But he remains cautious about what the future might bring. “You only need one maverick despot to put his weight behind his country’s CBRN capability and you’ve got a really dangerous situation,” he concludes. As the world struggles to deal with the destabilising effects of a pandemic that it did not see coming, militaries and governments will need to remain vigilant in order to prevent another CBRN attack and the chaos and anarchy that might inflict on a world already weakened by a deadly virus.

Deaths resulting from the use of chemical weapons in the First World War.
UN

Chemical agents declared by Iraq, Libya, Russia and the US as of February 2013.
Action on Armed Violence

The estimated number of chemical attacks by the Assad regime in Syria.
US Department of Defense 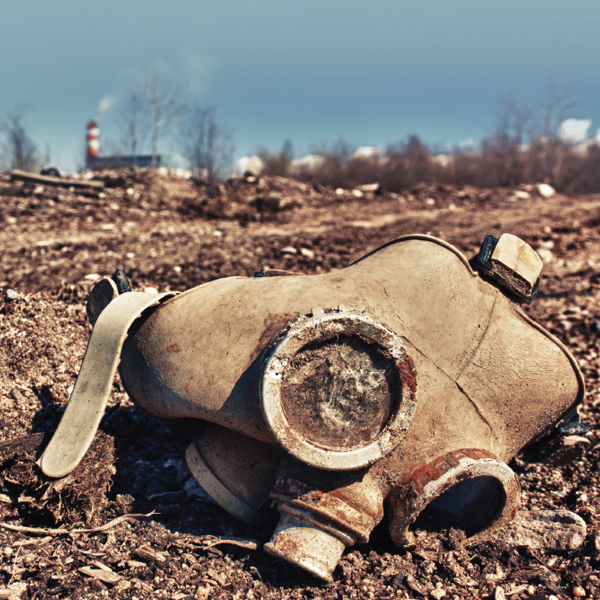 Salisbury, UK, July 2018: An army officer searches a city centre hostel as investigations continue in the wake of the Skripal attack.
Post to: