Through the looking glass

The sky in Piccilia is thick with grey clouds, broken only by brief flashes of orange light that reveal the outline of a distant mountain. As your truck rumbles along the island’s worn-out roads, children emerge from multicoloured brick houses. Some smile and wave, others shake their fists in anger, hurling stones and insults as you pass.

Dodging cavities in the road, you continue overseeing the patrol mission, moving tentatively through this changing landscape. Soon you reach barren streets, broken only by lines of green trees that beckon you towards a crossroads.

Opposite stands a bombed-out embassy, its broken windows revealing charred insides. On your right an iron gate is flanked by soldiers guarding a sidestreet. Children stand with them, some as young as 12 – and this time they carry guns.

You had not been briefed about this checkpoint and you take your time, gauging their movements, looking for the usual warning signs as your heart thumps harder. Eventually, your liaison officer goes to talk to the guards.

£1 million
Value of the contract the British Army signed with Bohemia Interactive Simulations, a developer of military training software, in February 2019 to explore how VR can be integrated into soldier training strategies.
MoD

Some proudly display their weapons, proclaiming their allegiances to fight against the enemies of Positania. After further talks you discover that the local security forces are aware of their activities and that this is a registered checkpoint to keep anti-government insurgents at bay.

You keep a cool head and decide against intervening: you know the violations taking place and will notify the authorities upon your return. Instead, you continue your journey, warily scanning ahead as the sky grows darker.

Suddenly everything goes black. The sound cuts out as the exercise draws to a close. Satisfied with your performance and the information you have learned, you remove your headset, adjusting to the glare of the training centre. The virtual reality (VR) training exercise is over.

One person who might now talk you through your progress is Cem Kumsal, NATO’s civilian training technologies staff officer, who understands this digitised world in meticulous detail. If you aren’t sure which protocols you did or did not break, or how your actions have affected Piccilia’s local politics, Kumsal is your man.

A former captain in the Turkish Navy, where he served for 20 years, Kumsal has been working to implement this VR technology for two years, seeing it as a vital tool for preparing NATO staff for emotionally charged situations.

This particular drill, experienced through a VR headset, is specifically designed to highlight the use of children in armed conflict zones, reinforcing the message that staff must monitor and report behaviours that violate NATO law.

For Kumsal, VR’s greatest strength is not simply the protocols it teaches, but rather the emotions that it inflames. “Sure, you can read about protecting civilians on paper, but the important thing about this new technology is that you can make people feel what it is like to be in that environment,” he explains.

Created in collaboration with a US technology company, this exercise is still in an experimental phase, billed as a new approach to military training that could fundamentally reshape how allied forces prepare for combat conditions.

“I tested the technology with three sets of students and the feedback was really positive,” Kumsal says. “We also provided a demo version at our last NATO summit and one minister of defence was particularly impressed by it.”

Naturally, this move towards military simulation is not new. Flight simulators are frequently used by the air force to train cadets in aerial manoeuvres, and bridge simulators prepare naval officers to command a vessel in a range of weather conditions.

Buoyed by advances in the video game sphere, however, the world-building capabilities afforded by VR technologies make for detailed, immersive battlefield environments, creating scenarios that would otherwise be impossible to replicate.

Not only can VR help soldiers become more accustomed to the fog of war, but it could save time and costs in the long run, preventing drill-inflicted injuries, while reducing the need to operate real weapon systems.

These benefits are persuading a number of military forces to explore the technology. The US military has been experimenting with synthetic training environments that build lifelike representations of cities since 2012.

Meanwhile, in February 2019, the British Army signed a £1 million contract with Bohemia Interactive Simulations, a developer of military training software, to explore how VR can integrate into soldier training strategies. “The army has a reputation for world-class training that prepares our people for demanding and complex operations,” British Army head of training capability Brigadier Bobby Walton-Knight said at the time of the award. “Our training continually develops and so we constantly look for the best technology to make it as effective as possible. Innovations such as VR offer immersive and flexible training, and this pilot is pushing the boundaries to explore how we might make best use of it.”

For Kumsal, it is a handy way of getting new recruits up to speed on NATO’s protocols and procedures; a tricky task, given that it trains staff from 29 different countries. “Being a NATO logistician requires a delta of knowledge and I am responsible for filling that gap,” he says. “I need to turn people from national logisticians or supply officers into NATO officers.”

A central part of overseeing that transformation involves honing recruits full of long-term potential, but with short attentions spans. This new breed, Kumsal tells me, have forced him to alter his tactics.

“What are we going to do with these millennials?” he asks. “Every year they become more tech-savvy than old people like me. We are trying to keep up [and one way of doing that] is to use all the latest technologies for distribution and training as much as possible.”

The practice of confining cadets to classrooms for weeks, and forcing them to memorise manoeuvres and code of conduct violations, is over. Kumsal now has limited time to engage his students, a window that he is capitalising on through VR and mobile technologies.

“These new kids don’t want to spend a week in a classroom learning anything; their attention span is less than 45 seconds,” he says. “I need to be able to grab their attention in that short period. That is what we are working on – and it really affects our work and plans.”

Of course, VR is not just about responding to the needs of a new generation. In many ways, Kumsal sees it fulfilling an age-old need for soldiers to mentally prepare for the chaos and anarchy of the battlefield, particularly as future conflicts will inevitably take place in built-up urban areas.

“I think the most powerful thing about [this technology] is that it touches their feelings instead of their heads,” he says. “It is about trying to create that environment in the brain.” Navigating that environment is as much about emotional regulation as it is about memorising NATO’s guidebook.

Fundamentally, VR signals a new approach to learning that Kumsal believes can open different faculties in the brain. “Reading and feeling are two different things,” he says. “That is why cinema is so effective, because it tells a story in the shortest time with the biggest impact.”

In order for these simulations to carry visceral weight, however, they will need to live up to the expectations of this new cohort who are accustomed to playing computer games with deeply authentic visuals and finely tuned narratives. NATO’s software currently lags behind that of other armies and military forces, particularly the US military, which has been experimenting with these technologies, using its annual $14 billion training budget to good effect.

This synthetic training program now means that lifelike representations of North and South Korea, San Francisco, New York and Las Vegas can be constructed, with AR rendering data from satellite imagery to build cities from the ground up.

Naturally, as significant amounts of money are lavished on VR, it is inevitable that certain armies, and military and defence organisations, will be less adept at world-building than others, but Kumsal is not worried by this disparity.

“A lot of these new games look just like the real world, but they are spending millions on them, and we don’t have that kind of money,” he says. “Our environments are not as realistic, but I don’t think they have to be.”

In the future, not only could these environments become more authentic, but also remotely accessible, with 5G enabling recruits to train together from the comfort of their homes. As these virtual technologies become more prominent, however, Kumsal is adamant that they should be deployed to solve specific problems, rather than being seen as a catch-all solution to military training.

NATO’s civilian protection programme, he says, shows great promise because it has a clear strategy behind it. “You shouldn’t just see it as a new shiny object,” he says. “You need to do your work, and plan and use it for the right reasons.”

For the foreseeable future, using VR for the right reasons will be Kumsal’s guiding mantra, but there is still much work to be done convincing others that these technologies – many of them still in an experimental phase – are worth the investment.

“We are getting better and I am happier now,” he says. “But it is still about getting people to spend money on it. Some people tend to be reluctant when it comes to experimentation in the military because failure is not on option.”

As armies begin to tap into the myriad benefits of VR, it seems likely that those who do not keep the pace will only be less prepared on the battlefield; a move that could lead to failure in the long run. 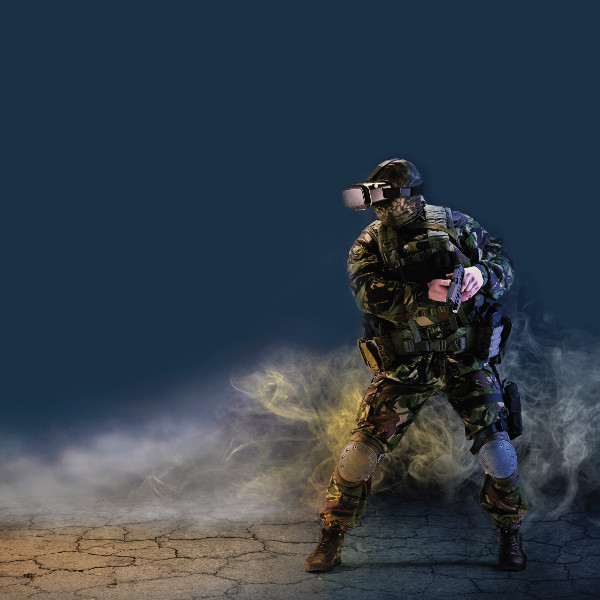 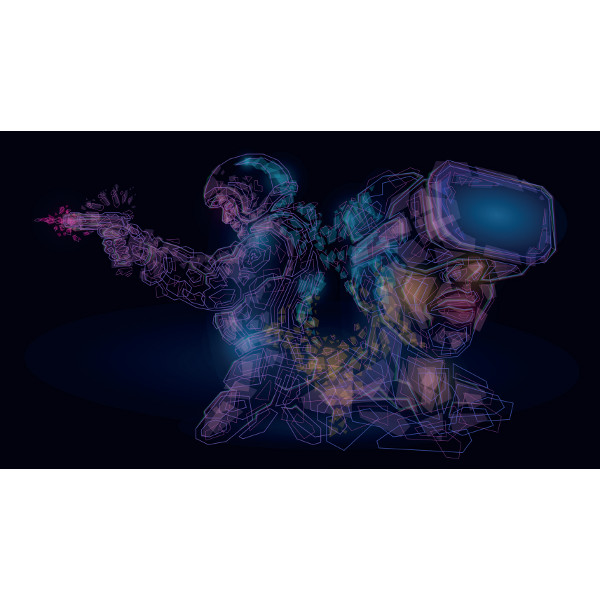 VR can help soldiers become more used to the fog of war, and could save time and costs in the long run, preventing drill-inflicted injuries, while reducing the need to operate real weapon systems.
Post to: