As technology evolves, the new frontier that it offers in training and simulation is revolutionary. Defence & Security Systems International speaks to the director of the NATO Modeling and Simulation Centre of Excellence, Captain (N) Vincenzo Milano to find out more.

NATO Centres of Excellence are established to train and educate individuals from across NATO and its partners. Overseen by Allied Command Transformation and Supreme Allied Commander Europe, the centres specialise in an array, and growing number, of areas. They include civilmilitary operations, cyberdefence, military medicine, energy security, naval mine warfare, defence against terrorism, cold-weather operations and counter-IED. Although not directly funded by NATO, each centre works alongside the organisation with the intention of facilitating the exchange of information and learning.

In January 2008, the Italian military created the Italian Joint Modelling & Simulation Centre, asking NATO, later in the year, to consider it as a centre of excellence. This was formally approved by the NATO Military Committee in 2012, and so the NATO Modeling and Simulation Centre of Excellence (NATO M&S COE) was created.

During a visit to Rome to meet with Italian President Sergio Mattarella and senior military officials, NATO’s chairman of the Military Committee, General Petr Pavel, made a special visit to the NATO M&S COE. He praised the “excellent work” of the centre, supporting NATO and its allies in their transformation efforts by providing subject-matter expertise on all aspects of modelling and simulation activities.

Like other centres, NATO M&S COE works with NATO members, allies and other partners such as academia and industry. Speaking in 2015, at a meeting organised by NATO M&S COE, Paul Thurkettle of the Allied Command Transformation joint education, training and exercises division said, “Immersive training environments was selected as a Tier 1 Smart Defence programme and, as this technology develops, it is an ideal subject that fits the NATO secretary-general’s idea for nations to work together and with industry.”

The arena has seen a lot of interest from private businesses, many looking to work with military to develop new technologies and enhance the ones already available. NATO M&S COE allows partners – in industry, military or academia – to share their thoughts and ideas in the same location, developing expertise and reducing the cost of investment.

Captain (N) Vincenzo Milano is the current director of the NATO M&S COE, having taken up the role in August 2015. In 1985, he graduated from the Italian Naval Academy, and saw active service for almost 20 years before taking other positions with the Italian navy and later NATO.

Individual training using M&S offers an incredible opportunity to conduct critical training with a level of trainee input/output monitoring that is nearly impossible to replicate in live training.

The NATO M&S COE was set up to champion the use of simulation technologies. Can you provide some further background to the centre’s objectives and activities?

Captain (N) Vincenzo Milano: As a NATO M&S COE, we are established not just to champion the use of simulations, but to improve the efficiency and effectiveness of NATO, nations’ and partners’ use of models and simulations. Our objective is to contribute to NATO transformation by championing the exploitation of modelling and simulation (M&S) to its full potential across NATO and nations, and to enhance operational effectiveness and resource management. To achieve this, we conduct concept development; research; education and training; doctrine development; and lessons learned. Our staff is composed of army, navy and air force personnel who have experience in employing M&S for a range of military benefits.

What are some key application areas for simulation technology? How do NATO nations generally use these tools within military training?

While education and training are the most commonly recognised M&S uses, NATO and nations use M&S tools for a wide range of activities, including wargaming, decision-making, analysis, concept development and experimentation.

To what extent does simulation-based training enable military forces to cut costs and improve operational effectiveness, and what are some of its other advantages?

Simulation-based training allows military training of complex, resource-intensive tasks at the individual, tactical, operational and strategic levels of command. Individual training using M&S offers an incredible opportunity to conduct critical training with a level of trainee input/output monitoring that is nearly impossible to replicate in live training. Weapon aimpoints can be tracked every moment of an engagement; vehicle orientation and inputs can be recalled and played back; and all interactions can be observed from any position in the environment. For units, simulation-supported training allows commanders to train from the smallest tactical element to the largest strategic formations, without putting forces in the field. For these areas, one of simulation’s greatest advantages is its ability to provide repetitions for those being trained. If the training element makes a critical mistake, [you can] reset and start over – something that may be impossible with live training.

What kind of challenges and obstacles to implementation remain?

While NATO effectively uses M&S for education and training, the NATO M&S COE is working to expand [the organisation’s] employment of simulations and establishing a professional corps. We are working to expand awareness of M&S tools that could be employed for decision-making, analysis and concept development and experimentation. Establishing [this] corps for NATO is an effort we are proud to be leading.

Across the alliance, the nations and alliance partners have a wide variety of M&S programmes. Given the complexity involved, integrating NATO and national simulations, networks and tools, we feel an M&S professional corps focused on educating leaders, managers and users will improve human “interoperability”, thus reducing a significant point of complexity in an already complex system.

How sophisticated are simulation technologies becoming and how do you expect them to develop further in future? Do you envisage any further applications that are currently out of reach?

Simulation technologies are becoming increasingly sophisticated indeed, with growing application of augmented reality, virtual reality and artificial intelligence. The possible applications are endless, only the imagination is the limit. A common element of such kind of technologies is the increasing interaction between what is real and what is simulated.

Regarding the first two technologies, an example of application can be an operator or a maintainer who is trained either in a complete virtual environment or on a real system with virtually added equipment, devices, tools or technical documentation. Another example of an application of this kind of technology is in the procurement of new systems, either in the definition of the requirements for new capabilities or during the testing of prototypes. Applications that are not yet so developed are, however, expected to be more diffuse in the near future, also within public administration.

When it comes to artificial intelligence, the continuous evolution of the robotic technology comes to mind. On one hand, the use of autonomous platforms with sophisticated algorithms can provide simulation capabilities, like reconstructing external environments from the feed of sensors loaded on board. On the other hand, the simulation can provide the robotic industry the tools it needs for developing and testing new platforms and algorithms.

Additionally, in the military field, there is great interest in studying autonomous systems in terms of their behavior and interaction with traditional troops, and with command and control systems. The simulation provides instruments to perform these sorts of studies in order to cope with robots or to find countermeasures against them. For the latter, even if demonstrators start to be designed, full, mature products are still out of reach at the moment. However, one of modeling and simulation’s greatest assets is its ability to create complex systems that can then be used for a multitude of purposes. 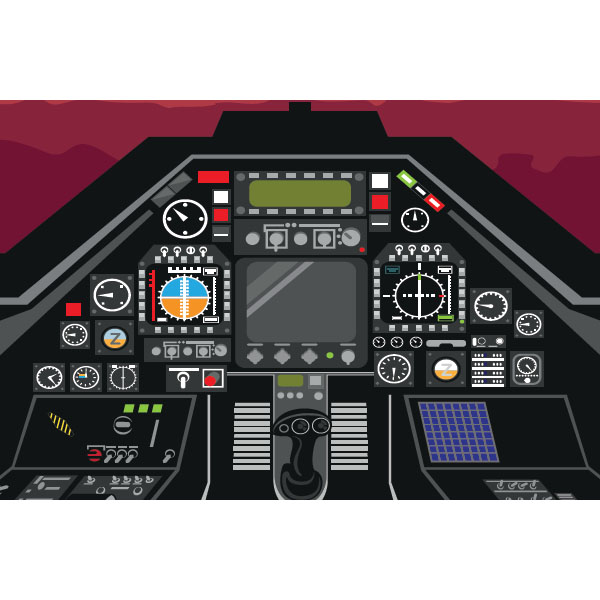