NATO has been working to improve its military presence in Eastern Europe, with the Enhanced Readiness Four Thirties plan announced in 2018. Grace Allen considers the logistical realities and challenges of assembling troops at such speed and the steps NATO is taking to make this initiative feasible.

At a summit in the summer of 2018, when NATO’s 29 heads of state and government met in Brussels, the organisation agreed on a new readiness initiative. The brainchild of US Secretary of Defense James Mattis, the plan, named the ‘Four Thirties’, was simple: by 2020, have 30 battalions, 30 air squadrons and 30 combat vessels ready for deployment within 30 days.

“These decisions will ensure we can have the right forces in the right place at the right time. With higher readiness. And a greater ability to reinforce,” said the NATO Secretary General Jens Stoltenberg.

The announcement of the plan was joined by news of the establishment of two command centres – one covering the Atlantic in Norfolk, Virginia, and another focused on logistics, military mobility and reinforcements in Ulm, Germany. An updated command structure promised an additional 1,200 staff.

With the ability to respond to Russian aggression in the Baltic a clear priority for NATO, the adoption of the Four Thirties plan represented a commitment to decisive action if necessary, as well as an overture to a US increasingly peeved by a perceived lack of commitment from NATO’s European members.

Nevertheless, the ambitious nature of the plan left many wondering if NATO possessed the logistical capacity to put it into action. Writing in the New Atlanticist, Ian Brzezinski, resident senior fellow in the Transatlantic Security Initiative, Scowcroft Center for Strategy and Security, stated that “over the past three decades, NATO took its eyes off of the fundamentals of territorial defence, failing to ensure that its own roads and railways can handle military grade equipment”. The BBC pointed out the limits presented by existing infrastructure, noting that a significant pipeline only reached as far as the Fulda Gap, a strategic hotspot during the Cold War.

The state of Europe

Europe’s infrastructure is an ongoing point of negotiation between NATO and the EU. A June 2019 progress report on common proposals endorsed by the two organisations in 2016 and 2017 stated that “Military mobility continues to be an important area of cooperation between the EU and NATO.” A structured dialogue on the topic has been set up, with the first meetings taking place in February and March 2019.

In addition, there is the reality of Europe’s geopolitical make-up, a continent divided into small states – each with bureaucratic obstacles to troops attempting to cross borders. It’s an issue NATO is working to improve.

“Over the past few years, NATO has made real progress in improving our ability to deploy troops quickly across Europe,” NATO spokesperson Oana Lungescu said in October 2018. “We are overcoming legal hurdles and cutting red tape, including by working closely with the European Union. Looking ahead, we aim to further reduce border-crossing times (clearances within five days by the end of 2019), identify alternative supply routes and exercise even more to practice military mobility.”

Lungescu was speaking on the eve of the Trident Juncture 18 exercise, the largest test of military capability held by NATO since the end of the Cold War. Held in Norway in October and November 2018, Trident Juncture 18 featured the involvement of 31 nations and around 50,000 people. The logistical requirements were immense, with 50 camps and 35,000 beds set up and 1.8 million meals served. NATO expected 180 flights and 60 ships to arrive in Norway, while the British forces travelled over land – 70 vehicles moving the 2,000km from the Hook of Holland.

Review of the results

The exercise was headed by Admiral James Foggo, commander of the Allied Joint Force Command Naples. “Trident Juncture 2018 displayed the extraordinary capability of our logistics professionals in a way not seen for decades in Europe,” he wrote in the NATO Joint Warfare Centre’s Three Swords magazine in April 2019. “We assembled more than 1,000 logistics professionals in our Joint Logistics Support Group, which stood up in September, and finally stood down in late December, moving more than six equivalent brigades in and out of Norway via road, rail and ship in winter conditions.”

Even so, questions were raised at the time of the exercise over its usefulness in assessing rapid readiness. Trident Juncture 18 was a scripted exercise and the deployment phase began in August, giving nations around two months to assemble – far longer than the 30 days of the Four Thirties plan. When asked before Trident Juncture 18 whether a snap exercise would be better preparation, though, Admiral Foggo disagreed.

“Over the past few years, NATO has made real progress in improving our ability to deploy troops quickly across Europe. We are overcoming legal hurdles and cutting red tape, including by working closely with the European Union.”
Oana Lungescu, NATO

“I would like to get some training value out of an exercise; and whereas a snap ex will tell you something about your readiness and your ability to respond on very short notice, I think that through a deliberate plan and over the course of time, when you have an opportunity to look at different scenarios throughout the European theatre and then apply the full force and capability of NATO, is probably better training and better lessons-learned to come out of it,” he said.

There’s no doubt that an exercise of this scale, however conducted, gives the ability to test out systems and encounter previously unforeseen hurdles. And NATO has stated that progress is being made on the Four Thirties initiative, with Secretary General Jens Stoltenberg recently announcing that three quarters of the required force had been generated. Whether the ‘30 days’ part of the plan is feasible remains to be seen. 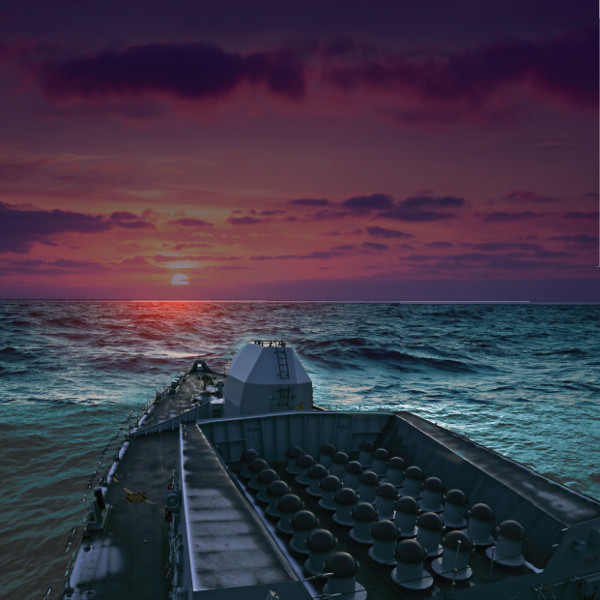