The UK’s use of military drones has, until now, largely been confined to the deployment of unmanned aerial vehicles by the Royal Air Force. The establishment of the technology accelerator NavyX, however, indicates a growing interest among British military planners in both surface and submersible assets. Michael Shaw talks to Dr Sidharth Kaushal, research fellow at the Royal United Services Institute, about how the Royal Navy’s growing interest in maritime drones is the latest manifestation of a desire to accomplish more at sea with fewer servicemen and women.

On a cold September morning, the bow of a Pacific 24 (PAC24) rigid inflatable boat cut through the Thames in sight of London’s Docklands. With a cruising speed of 38kt and a range of 150 nautical miles, these vessels are usually glimpsed on patrol in the Caribbean or Persian Gulf, where the PAC24 is routinely deployed by the Royal Navy for anti-piracy or fast rescue missions.

This mission was comparatively bloodless. For one thing, there were no crew on board the PAC24, either at the helm or sitting on the deck wondering, in turn, why nobody was at the helm. Instead, the vessel was being controlled remotely by an operator standing aboard a nearby frigate, the HMS Argyll. Watched by technicians from the MoD, BAE Systems and L3Harris, the PAC24 ran through a series of tests masterminded by the Royal Navy’s technology accelerator, NavyX.

“What we are doing is the first step of exploiting system architecture in a complex warship to integrate an unmanned system into the ship,” said the programme’s director, Commander Sean Trevethan. “Ultimately this will change the way we fight, through integrated command and control, and lead to the development of new tactics, techniques and procedures.”

Established in April 2019, NavyX was a direct legacy of the lessons learned by the Royal Navy’s Unmanned Warrior experiment two years earlier, an attempt to test and publicly demonstrate the potential role drones could play in its operations. “As much as anything, it is a group – a fairly assorted group – of data scientists and a whole bunch of other technically minded individuals to whom the navy can essentially pose questions and seek solutions at a relatively low cost,” explains Dr Sidharth Kaushal, a research fellow at the Royal United Services Institute who specialises in how new developments in technology impact maritime doctrine. While its funding may not be vast, NavyX is intended to be a forum for innovation, “more agile than the traditional sort of process by which the navy would seek technical solutions”.

In recent months it has adopted an increasingly public role in demonstrating the course and depth of the Royal Navy’s interest in autonomous vehicles. A week before the PAC24 demonstration, NavyX unveiled the MAST-13, an autonomous aquatic minesweeper drone. In June, meanwhile, the Royal Navy revealed that its ambitions were not confined to surface vehicles, when it announced its successful test of an autonomous underwater glider designed to operate at sea for several weeks before returning to base. It spent that time surveying sections of the seabed in the North Atlantic, piloted remotely by a technician sitting in Southampton.

The Royal Navy is, of course, far from being alone in pursuing this kind of research; Russia, the US and China have all mounted similar programmes exploring the potential of unmanned surface and submersible craft. What makes the British approach interesting, however, is the role it could have in enhancing the capabilities of what has been, at best, a middling naval force since the 1950s. The pursuit of autonomous capability in the Royal Navy is, therefore, as much a premonition of how force projection will evolve in the next few decades as an illustration of how the budgetary and strategic constraints might be negotiated by the naval forces of great powers.

That process began, as most automation does, with the desire to do away “with some of the lower-end, more routine tasks for which Western navies in general don’t necessarily have the manpower”, explains Kaushal. He sees the activities of NavyX as a manifestation of the desire by UK military planners to simultaneously boost the lethality of the armed forces while compensating for a lack of mass.

That isn’t to mistake this research effort as a bid to save money in the UK defence budget in the long term. “Yes, on the one hand you might save on, for example, the cost of hiring an individual that performs the function that an autonomous vehicle [could], but on the other hand it comes with a whole panoply of attached employees,” says Kaushal.

Rather, the course of the Royal Navy’s thinking on this issue is more likely to be motivated by a desire to accomplish more with fewer personnel. This objective is distinct from simply the search for budgetary efficiencies, though it is one not all commentators see when they consider the current boom in autonomous research across the defence sector. “Just the fact that they are increasingly squeezed on things like the ability to crew ships indicates this,” says Kaushal. This quandary may be eliminated if, for example, one could automate some of the functions aboard a ship, or eliminate the need for crewed minesweepers or reconnaissance craft.

So far, most research into unmanned naval vehicles has concentrated on submersibles, which is a harder technology to master given the constraints on communication between the unit and its operator. But it is one that offers significant dividends when it comes to scouting operations, or those of a more stealthy nature. “Underwater unmanned vehicles do have distinct advantages in this area,” says Kaushal. These include tasks like, “clearing mines that may be at variable depth, or mapping a particular area of the seabed”.

That being said, more attention is being paid among Western navies to the potential of autonomous surface vehicles like the PAC24. “In the US this has progressed far more,” says Kaushal, with the UK not far behind. These vessels can, “act as, for example, decoys for manned vessels, to act as potential shooters or sensors if remotely controlled from a manned vessel.”

In addition to allowing the Royal Navy to accomplish more with a smaller number of personnel, the deployment of autonomous vehicles will inevitably change how and when commanders risk assets in the field. Will they become more willing to hazard ships in combat situations, knowing that at least on their side, fewer lives are at risk? In Kaushal’s thinking, that depends on how sophisticated – and dangerous – said autonomous vehicle is.

“When it comes to lethal autonomy, obviously there is a national line on this, which is – thus far – the UK doesn’t necessarily talk about outsourcing critical decisions in the kill chain to an automated asset,” he explains. Everything up to that, however, is open for discussion. Venturing a machine to perform reconnaissance in a region rife with tension – a submersible version of what the US attempted to do in the Persian Gulf, perhaps, with its Global Hawk drone before it was shot down by Iran – might be considered more politically palatable.

“The big question there is, what precisely will autonomous vehicles bring to the game?” says Kaushal. “Whether they will be a way of outsourcing some of the more routine, non-cognitive stuff – intelligence, surveillance and reconnaissance (ISR) and that sort of thing – or whether they will be a game-changer on the battlefield. From what we have seen so far, it seems like the former is more likely than the latter. And relative to that benchmark, the Royal Navy’s probably done as much as it reasonably should in this area.”

Given current UK policy on lethal autonomy, it is unlikely we will see NavyX demonstrate killer robots any time soon. What is more, Kaushal is sceptical that the accelerator can truly live up to its intended potential as a means of getting, “new technology off the drawing board and into the hands of our people on operations at a pace that has not been possible before”, as the Royal Navy put it in a recent statement. It is still, after all, subject to the same laws of bureaucracy that govern research and procurement at the MoD.

“If it is really to reach its full potential, there will have to be a conversation almost outside the navy, across [the MoD], as to how you leverage these sorts of small, agile organisations to create something along the lines of the ecosystem that you might see, for example, [in] the world of IT, where you have multiple small organisations functioning on a sort of ‘fail-fast model’,” he explains.

Not that the Royal Navy’s current approach has prevented it from staying abreast of the latest research in this area. While it is inevitable, given their greater budgets and labour, that the US and perhaps soon China will retain an edge in pushing the boundaries of what autonomous vehicles can achieve at sea, the UK has not been left behind. Rather, the Royal Navy, “has been pretty quick to absorb some of the more meaningful breakthrough technologies that have emerged in the last few years”, says Kaushal. Doubtless it will introduce a few more of its own to the world in the near future.

A Royal Navy team demonstrates the capabilities of the REMUS automated underwater vehicle. 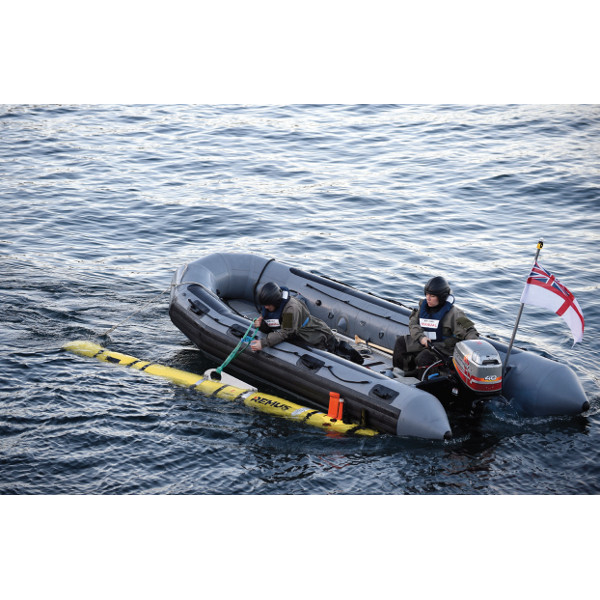 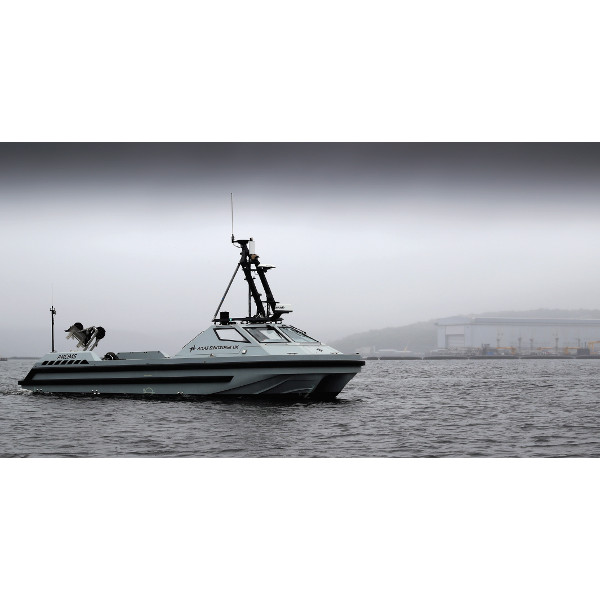 An unmanned autonomous mine countermeasure trial conducted from HMNB Clyde.
Post to: