More than meets the eye

The importance of camouflage to soldiers on active operations cannot be overstated. The natural world, vision theory and the electromagnetic spectrum all contribute to the design of camouflage products. Andrew Barnett speaks to Dr Karin Stein, an expert in camouflage, concealment and deception at the NATO Science and Technology Organisation (STO), about these and other innovations in the area.

Warfare may have evolved through the ages, but the art of remaining concealed from the enemy remains more important than ever across an ever-changing palette of terrains and seasons. Camouflage, concealment and deception (CC&D) is as crucial now as it has ever been.

Protecting forces requires not only the ability to hide visually but also to avoid detection from sensors operating across the electromagnetic spectrum and, where necessary, to deceive the opposing forces with false information.

“Camouflaged objects merge into the environment so that their significant signature parameters are similar to the background parameters,” says Dr Karin Stein, an expert in CC&D at the NATO Science and Technology Organisation (STO). “Most CC&D equipment used today are static materials designed to give an appropriate signature in visible light in a predetermined environment.”

She says the importance of camouflage in increasing the survivability of NATO forces reinforces the need for ongoing research. “Advances in modern sensor technology have made increased efforts in counter surveillance essential – background, surroundings, weather and the objectives of an operation can change quickly. To counter these challenges, the development of adaptive, flexible and multispectral CC&D is important.”

NATO’s STO is charged with research geared towards developing new techniques and systems to not only safeguard soldiers, but to also maximise operational success. STO research activities are exploited within NATO and its member states, but run independently of camouflage development being progressed by NATO countries at national level.

“There is no standardisation of practices and procedures of CC&D in coalition forces,” says Stein. “Most NATO nations are developing their own CC&D systems and are using their own procedures of specification, development, testing, and assessing CC&D solutions.” However, she says standardised procedures would be beneficial in terms of maximising interoperability.

The natural world is – and likely always will be – a key element in an effective camouflage package. However, camouflage development is now much more complex than blending khaki-coloured materials into the landscape.

CC&D research is being in part driven by changes in digital technology. Until relatively recently, detection was generally accomplished using sensors in the visual and thermal infrared wavebands, or using groundbased radar systems. But sensor technology based on near infrared and microwaves has now come into play.

In addition, the proliferation of more effective multi and hyper-spectral sensors has emerged as a new threat that makes it necessary to develop innovative camouflage assets that can perform efficiently against them.

Hyper-spectral sensors allow forces to analyse images in incredible detail. They allow a 3D representation to be created that defines the electromagnetic spectrum properties for each pixel of an image on the battlefield.

However, this research is not without its challenges. “An effective camouflage in a specific single band might increase the detectability in another band,” says Stein. “The development of multispectral camouflage techniques, materials and systems has to take into account dynamic environmental aspects, varying weather and seasonal conditions. Research has to be made on multispectral signatures dependent on the local environment.”

Potential benefits of multispectral camouflage include reduced adversary detection ranges leading to improved soldier and vehicle survivability. “The detection of well-camouflaged objects takes time, which is a tactical advantage in operations,” she says.

Sensors for non-visual wavelengths like near infrared, which is commonly used for night vision devices, thermal infrared – used for thermal sights – and microwaves for radar have also become cheaper and more available. That makes them more accessible to militia and terrorist organisations as well as to traditional but less well-funded military foes. On the other hand, hyperspectral sensors and sensors working in the mid-wave infrared waveband are still comparatively costly and not so widely used.

The importance of vision theory

As well as electromagnetic considerations, lighting and vision theory play an important role in the development of any effective camouflage system. “Camouflage techniques have to match the object with the natural world. Multispectral features of both background and objects are analysed for the development of camouflage materials,” says Stein. “Investigation has to take into account the operational context, including time dependent factors and aspects such as variation in weather conditions, seasonal variations, movement, operating theatre and lighting conditions.”

She says STO’s core objective in assessing these factors is to research the feasibility of developing camouflage techniques, materials and systems that can be exploited in any environment. Missions that take place in different environments can be problematic because most current camouflage techniques tend to be static, which limits their deployment across different landscapes. “With static camouflage, the only way to adapt to multiple landscapes is to remove the camouflage or replace it with another kit,” says Stein.

“Advances in modern sensor technology have made increased efforts in counter surveillance essential – background, surroundings, weather and the objectives of an operation can change quickly. To counter these challenges, the development of adaptive, flexible and multispectral CC&D is important.”

Adaptive camouflage technology – while still in a relatively embryonic stage of development – could address this inflexibility and help assets to actively blend in with changing surroundings. Operations based in urban environments in particular could benefit from more adaptive camouflage techniques, says Stein.

Another challenge of CC&D development is ensuring a system is not only fit for purpose for – and used in – the appropriate theatres, but also ensuring its reliability and durability over the product lifetime.

“Some camouflage techniques – for example, smoke – are only intended for short-term use,” says Stein. “Others are intended for the lifetime of a weapon system. Modern multispectral camouflage materials and systems are very complex.” The more refined and technologically advanced a technique is, the more susceptible it is to a reduction in durability.

Scalability also poses difficulties in terms of roll-out across different units or theatres, and should be a key consideration when a military force may be composed of equipment of varying shapes and sizes.

Current camouflage technology is not easily scalable. “Camouflage is usually adjusted to a specific system,” says Stein. “Quite a lot of influence factors – such as spatial resolution and environmental influence – depend on scale.”

Finding a single visual solution is therefore essentially a trade-off until such time as adaptive and multispectral technology can be fully exploited. “Future operations demand multispectral and adapting camouflage techniques,” Stein says. “New advanced technologies like nanostructures and quantum technology will have to be considered in the development of camouflage materials and systems.”

Nanotechnology is science and engineering conducted on the extremely small scale, between 1–100nm. To put that into perspective, the radius of each DNA helix is 1nm, or a billionth of a metre.

Properties of materials at this scale can change significantly when compared with standard particles and these differences can be exploited for CC&D applications as they may change how materials react to sensor wavelengths or even light. This could potentially allow additional features to be built into camouflage, such as sensors for gases. There is also potential to allow the application of coatings tailored to counter local threats and sensors.

This all means that the forces of tomorrow may well be using minisiscule particles to hide their largest equipment on the battlefield. 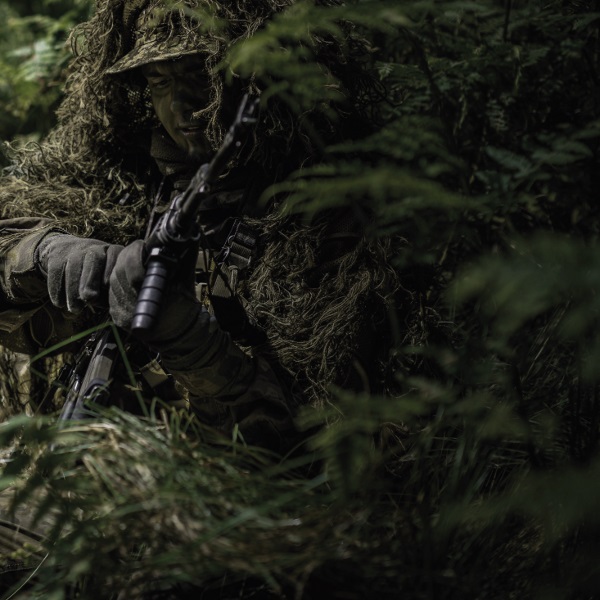 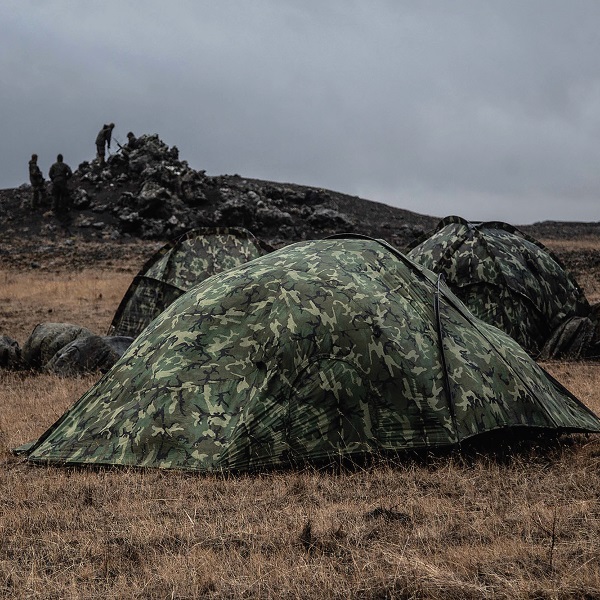 Camouflaged tents deployed during NATO’s 2018 Trident Juncture exercise: despite the continued importance of the natural world, camouflage development is now much more complex than blending khaki-coloured materials into the landscape. 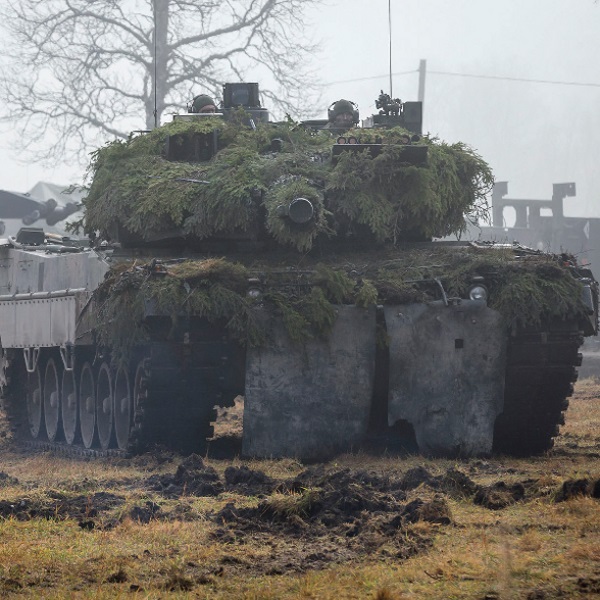