Lie of the land

Interoperability has long been an issue for military commanders the world over. Major-General Jaime Iñiguez Andrade, who will be speaking at Land ISR and C2 Battle Management, discusses the challenges that land forces face and how the Spanish Army is meeting them.

Before Land ISR & C2 Battle Management, held in London at the end of May, the event’s organiser sat down with one of the speakers, Major General Jaime Iñiguez Andrade, Commander of Spanish Joint Special Operations Command and the main advisor to the chief of defence and the head of Joint Operations Command. He discussed issues related to special operation forces and provided an insight into the newly formed Spanish Joint Special Operations Command, their role in creating a joint doctrine for all special operations forces and enhancing their interoperability, the main challenges they encounter in regards to C2ISR and whether the procurement process differs from regular land forces.

Special operations forces are a highly effective tactical force on their own, but it is difficult to integrate them into wider conventional land force operations, particularly in the context of ISR and battle management. In 2014, Spain approved the creation of the Spanish Joint Special Operations Command to respond to this need to foster cooperation and enhance tactics, techniques and procedures among the different Special Operation Forces.

The Spanish Joint Special Operations Command was created in 2014 to help combine the strength of Spain’s Armed Forces. Could you talk about why the Joint Command was needed and how it supports operations today?

Major-General Jaime Iñiguez Andrade: On 10 October 2014, the Joint Special Operations Command was granted approval to proceed. The establishment of the Mando Conjunto de Operaciones Especiales (MCOE) is the latest step in the evolution of Spanish special operation forces (SOF) and their role within Spanish defence. MCOE achieved initial operational capability in 2015 and a full operational capability at the end of 2016. From 1 January to 31 December 2018, MCOE will frame the HQ of the Special Operations Component Command (SOCC) of the enhanced NATO Response Force; to do so, it went through the demanding NATO’s certification process.

The rationale behind the MCOE’s set up encompasses the whole range of needs from national ones to international experiences. The Spanish Armed Forces lacked a SOF HQ that was close enough to where the decisions about their employment were taken, and capable of planning and conducting special operations. This was especially missed during some national crises and during operations with NATO, where EU and allied counterparts were needed. Besides, when Spain offered NATO to frame the SOCC for the NATO Response Force, we didn’t have a proper Joint SOF HQ, as we were using the Army SOF HQ; this was very far from joint and international structures.

The Spanish SOF emerged in the 1960s during the Cold War, with a primary mandate of unconventional warfare. Fittingly, for a time, the Army SOF personnel were known as Guerrilleros, a label in which they still take pride. The Spanish SOF includes not only the SOF of the army, but also navy and air force, as well as rotary and fixed-wing platforms, and a variety of enablers such as EW, dogs, EOD teams and other elements earmarked in what we call “support units”. Currently, the Spanish SOF are deployed across the globe, on solely SOF missions and in support of conventional efforts.

The MCOE brings together the Spanish SOF in a joint operational capacity linking the decision-maker, in many occasions at the political level, with the special operator, for the first time ever. The main responsibility of the MCOE is to plan and conduct special operations; it is also to coordinate SOF capabilities, and making sure they are interoperable, in execution of operations and through the development of joint exercises and training. It is the responsibility of the MCOE to develop joint special operations doctrine, enhance joint tactics, techniques and procedures, and foster interoperability among Spanish SOF. At a strategic level, the mandate of the MCOE is to define and communicate joint SOF capabilities and requirements, as they relate to operations, to the Spanish Chief of Defence. Through the MCOE, the Spanish SOF gains a single, coherent voice to represent the entirety of the joint SOF enterprise to national decision-makers.

The MCOE is becoming a critical element in the structure of the Spanish SOF, as well as in the broader SOF community; the coordination and synchronisation role is not only for joint Spanish SOF activities and operations, but also for combined SOF ones. International engagement, be it operations or exercises, must be coordinated through the MCOE to streamline planning and decision-making, and maximise opportunities to strengthen interoperability with partner forces.

One of the so-called SOF Truths says that ‘humans are more important than hardware’; each and every SOF operator carries that sentence and its meaning engraved in his or her brain, as part of the unique SOF mindset.

In your view, what are the main challenges facing SOF today with regards to C2ISR?

The most significant challenge is to keep up with the speed at which technology evolves in this particular area. In the expected, highly contested battlefield, littered with electronic warfare, cyberthreats and interconnected adversaries to name some characteristics, neither SOF nor multipurpose forces have the luxury to lag behind potential enemies, whether they are states or non-state actors. In this regard, SOF need all the support they can receive from the defence industry in all aspects, as this one of the most critical element of C2ISR [these] days.

On the other hand, SOF also require a synergistic evolution of C2ISR capabilities in the SOF community, with other services and agencies, and with allies, to prevent lack of interoperability. SOF belong to something superior, their own armed forces; they operate more in close coordination with other agencies and “by, through and with” allied partner and indigenous forces. In an environment such as this, interoperability becomes paramount, particularly in the capability to share intelligence, securely and quickly. This need to fully integrate intelligence with SOF relies on trust, and must be built and maintained before, during, and after any campaign.

On the subject of industry, could you give us your view about any emerging technology solutions that you think could be gamechanging for SOF in the future?

One of the so-called SOF truths says that “humans are more important than hardware”; each and every SOF operator carries that sentence and its meaning engraved in his or her brain, as part of the unique SOF mindset. Thus, I don’t envision anything as ‘game-changing’ in the future.

Having said that, what SOF operators do need is to always be aware of cutting-edge technology to avoid lagging behind potential adversaries. SOF always require equipment, such as light and portable equipment; tactical communication resistant to jamming; head-up displays with enhanced situational awareness; the potential for integrated augmented reality and networked information displays; sensor technologies including night vision, see-through-wall and see-around-corner; combat identification; and threat alert with predictive analysis gear providing a higher degree of survivability.

To sum up, a blending of [human] and machine, enabled with suitable interfaces that prevent information overload while enhancing mission efficiency. Some of the above mentioned items are already in SOF operators’ hands as promising prototypes. On the other hand, due to the size of national SOF communities, many armed forces use SOF as test beds of equipment items that, if proven useful, will be used by the rest of the [service].

As humans are more important than hardware, what becomes more relevant in the SOF community is the sustainment of those individuals that have served many years in SOF. In the physical domain, I refer to the “cumulative burden” of an extreme training regimen and the consequences of low level blasts, lots of healthy at the end of their active duty, and hopefully beyond it. In the psychological domain, I refer to the potential severe effects on SOF operators. Some nations have started programmes such as “Preserve the Force and Families” in the US, based on four pillars: behavioural health, mental performance, warrior and family support, and spiritual support. Their findings, hopefully shared, will facilitate other, less powerful nations to sustain better SOF operators’ health, in all domains. Theodore Roosevelt once said, “The credit belongs to the man who is actually in the arena; whose face is marred with dust and sweat and blood.” SOF operators deserve that credit; their faces are marred with dust, sweat and blood.

Some nations have started programs such as ‘Preserve the Force and Families’ in the US, based on four pillars: behavioural health, mental performance, warrior and family support, and spiritual support.

What is the strategic thinking behind the procurement process for the Spanish Joint Special Operations Command and how does it differ from regular land forces?

In this regard, we don´t follow a different process from the regular land forces; the Spanish SOF can acquire some capability directly, but it currently only concerns small things in terms of price and within particular categories. We have to abide by the normal procurement procedure that includes the possibility to submit ‘crisis urgent requirements’ if needed, but, as I said, it is no different from the regular land forces.

You will be speaking at the inaugural Land ISR conference this May. Can you give us a brief insight into some of the topics you might cover in your presentation, and what you hope to achieve by sharing your insight with military and industry?

Initially, I will introduce the Spanish MCOE to the audience: I will briefly explain the Spanish SOF capabilities and its current engagement, including the demanding SOCC NATO Response Force 2018. I will then shift to some SOF employment considerations and SOF integration with other components – land, in particular – and how we, the SOF, can contribute to the joint and land battle through our main tasks, special reconnaissance, direct action and military assistance.

The desired end state I want to achieve is a better knowledge of the Spanish SOF, how SOF integrates their effects into the joint and land campaign, a full understanding of what SOF can bring to the battlefield and some requirements to get the most of SOF. 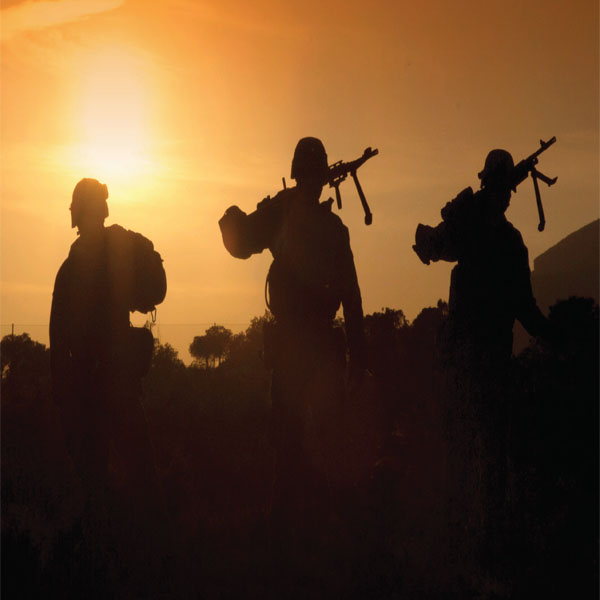 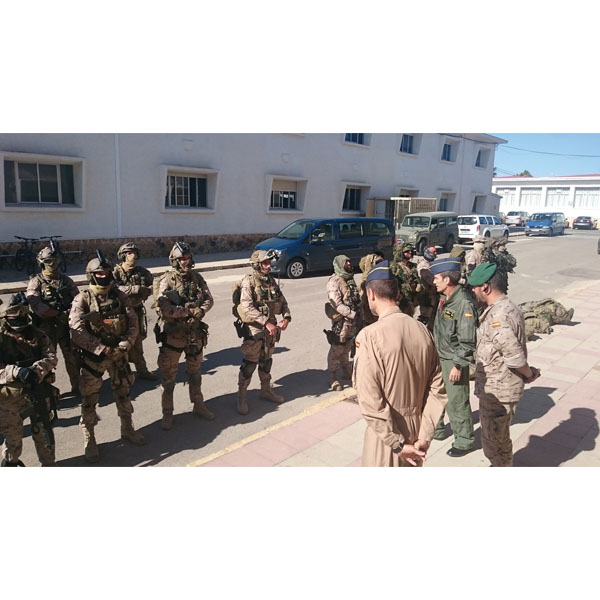 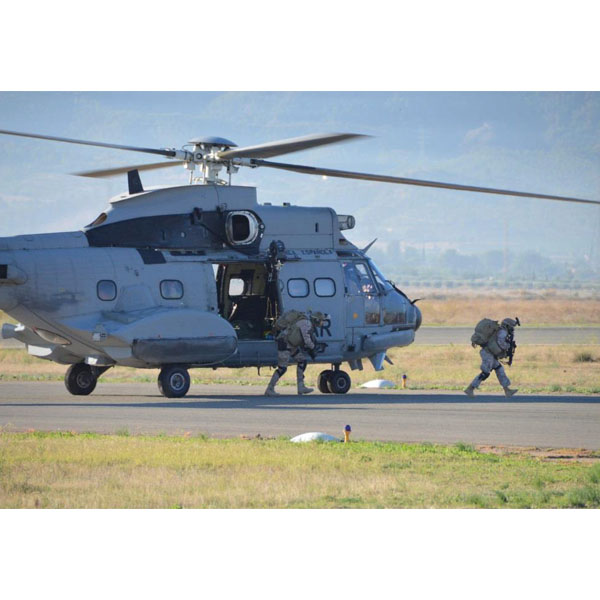