Change with the times

As technology platforms advance, they require updating far faster than the military vehicles in which they operate. Open architecture can provide the flexibility required to help respond to this challenge. Andrew Barnett discusses these advancements with Daniel Ota, open architecture expert and team lead at the Fraunhofer Institute for Communication, Information Processing and Ergonomics FKIE.

It’s no secret: military vehicles need to remain cutting edge for as long as possible – and they need to perform beyond the lifespan of the technology used to create them.

The length of defence acquisition projects and their long in-service life is set against a backdrop of rapidly advancing technologies that offer increasingly shorter lifespans. The forces risk being left with equipment that can be expensive and slow to upgrade.

The UK, NATO, Australia and the US are all working on open architecture projects to address these challenges at a manageable cost. Findings from the European Defence Agency’s LAVOSAR I and LAVOSAR II studies, for example, have been adapted for NATO generic vehicle architecture (NGVA) and is now a feature of several demonstrator programmes.

“It is currently a key requirement of NATO vehicle upgrade programmes and international procurement projects,” says Daniel Ota, team lead at the Fraunhofer Institute for Communication, Information Processing and Ergonomics FKIE, which is part of the NGVA consortium. The concept used in an open system like the NGVA is a simple one. Take building blocks of opensource hardware and software that have little or no propriety or licensing constraints, and integrate them to achieve the desired functionality. Data in standardised formats can be shared across equipment even though different manufacturers may have produced the equipment.

These ideas are not new. At the birth of personal computing in the 1980s, many desktop computers featured common data buses that allowed both manufacturers and users to purchase comparatively low-cost ‘off-the-shelf’ components, such as memory cards or graphics processors, to increase capability. Likewise, the civil aerospace industry has a long history of designing avionics to common standards, such as Aeronautical Radio Incorporated (ARINC), which allows different manufacturers to design equipment that will integrate into an airframe.

While cost is an important factor, there are numerous other benefits that open architectures offer defence procurement agencies. In particular, the agile and portable nature of these structures mean that a standardised framework can be deployed across fleets made up of different types of vehicles, aircraft or ships.

The results of the standard framework can provide a common baseline to which desired capability can be added, in a much quicker timescale than developing bespoke systems for each vehicle. It also allows the exploitation of technologies that were not available at the time of the vehicle’s initial development. This interoperability means they can be reconfigured faster, allowing a more rapid response to operational requirements in different theatres.

Common open standards also mean new, nimble developers can contribute to a domain that was once the preserve of large defence manufacturers. This ‘portable’ talent from outside the defence sphere can bring ideas and innovation from other industries, increase competition and help lower costs.

Ota says these advantages are weighed against disadvantages such as the initial cost of standardising the subsystem interface. “But this time and money is spent once only and can be compensated by reduced maintenance and upgrade costs over the platform life cycle,” he says.

In 2013, the UK’s House of Commons Defence Committee recommended that the Ministry of Defence (MOD) work with industry and other government departments to develop open architectures.

The British Government went on to recognise the importance of open standards and endorse their use, committing the MOD to increase the use of open architectures during capability development to “create more scope for in-service upgrades and ease interoperability with new capabilities”.

The subsequent MOD policy, JSP 906 ‘Design Principles for the Acquisition of Capability’, requires solutions to be “designed with open standards in a manner that is not detrimental to security, innovation and operational superiority”.

2013
Year the UK’s House of Commons Defence Committee recommended that the Ministry of Defence work with industry and other government departments to develop open architectures.
UK Parliament

Where shared knowledge and open sources may once have been seen as a security risk, they are now being carefully managed and integrated into military systems worldwide.

One military domain maximising this potential is the land environment. Vehicle fleets often consist of a challenging mix of combat vehicle types that conduct a wide spectrum of front-line and support operations. These vehicles need to be configurable and reliable, yet cost-effective.

The UK is applying a ‘systems of system approach’ (SOSA) based on the JSP-906 directive from which the land open systems architecture (LOSA) standard was derived. The standard can be applied across its armed forces’s fleet of protected patrol vehicles, armoured all-terrain vehicles and battle tanks.

“NGVA allows and facilitates the verification at each and every subsystem development step – from the initial realisation at the subsystem supplier site to the final acceptance testing with the military end user.”

The GVA is not a single computer architecture nor is it a single system design. Instead, it is the infrastructure needed to allow system designers to facilitate the use of commercial off-the-shelf (COTS) and modified off-the-shelf (MOTS) products early in the design life cycle. It is geared towards ensuring that design, integration, maintenance and throughlife updates are cheaper and less risky.

Connectivity between vehicle systems is achieved using data distribution service (DDS) protocols that are both scalable and reliable. The DDS protocol, also known as middleware, has been defined by the Object Management Group (OMG), which itself is an open membership, not-for-profit standards consortium. Both the UK GVA and NGVA use DDS.

This protocol allows data to be intelligently exchanged between systems within the architecture. It also means that much of the complexity required for communication is managed by the open protocol, removing the need for programmers to create dedicated, complex and expensive software to manage how data is transmitted and received. This reduces the risk of a complete mismatch of interfaces if an end user requires a new system in the future.

“Consensus for advancement has to be found. By creating many OSA standards, you end up in fragmented markets again and the standards weaken one another.”

A model driven architecture (MDA) process is used to develop vehicle applications. High-level models are created for specific functions or equipment – for example, engine, navigation or targeting, using unified modelling language (UML). These models, generally referred to as platform independent models (PIMs), are designed to be independent of any specific technology. PIMs evolve to be compatible with specific technology such as DDS, and eventually lead to actual software files, which can be generated automatically and used by the DDS middleware itself.

Communication protocols and models are therefore central to open systems. “By defining the interface, you standardise how subsystems exchange data, but you do not restrict how the subsystem implementer realises needed functionalities,” says Ota. “The functionality IP still belongs to the subsystem manufacturer.”

By having a single, tightly controlled repository of models and data structures, commonality can be maximised. Designers can choose from a defined set of controlled structures and tools that can be selected as required. In the UK, these are contained within a single land data model used for the whole land environment, the idea being that better compatibility can be achieved if all vehicles use the same data definitions. STANAG-4754, NATO’s 2018 NGVA standard, builds on the UK’s work on DDS and single data models.

Ota says the NATO architecture shares the same key principles as the UK’s GVA, with respect to data exchange and power distribution. “However, NGVA improves and extends the basic UK GVA concepts by providing guidance for safety, verification and crew terminal software architectures. Further aspects, such as cybersecurity and the integration of tactical effectors, are currently under development.”

He says some challenges will be ongoing in terms of verification. “NGVA allows and facilitates the verification at each and every subsystem development step – from the initial realisation at the subsystem supplier site to the final acceptance testing with the military end user,” he says. “A key challenge remains the reverification of the system in cases of changes.”

Moving forward, Ota says it will be important to keep GVA and NGVA aligned. “Currently, there is a lot of momentum in both communities and their complementing work should end up in a joint approach,” he says. “Consensus for advancement has to be found. By creating many OSA standards, you end up in fragmented markets again and the standards weaken one another.” The US, meanwhile, has been concentrating efforts on propagating open systems for combat vehicles. The Vehicular Integration for C4ISR/EW Interoperability (VICTORY) initiative was launched to achieve life-cycle benefits, while also reducing weight and saving power.

The VICTORY specifications, tools and architectures, which do not focus on any specific hardware or software solutions, were developed in collaboration with large industrial and commercial partners.

Using the VICTORY suite, the US Marine Corps (USMS) successfully conducted a Marine all-terrain vehicle project to demonstrate how existing systems can be interconnected via a new vehicle network, with data being displayed to the crews on digital displays. The project involved radios, GPS receivers, electronic warfare systems and automotive systems, and yielded a number of key conclusions, including stressing the need for input from engineers skilled in network and software engineering.

With this kind of resource and investment, open architectures will increasingly provide armed forces with the capability and flexibility to fully exploit 21st-century technology as it continues to evolve. 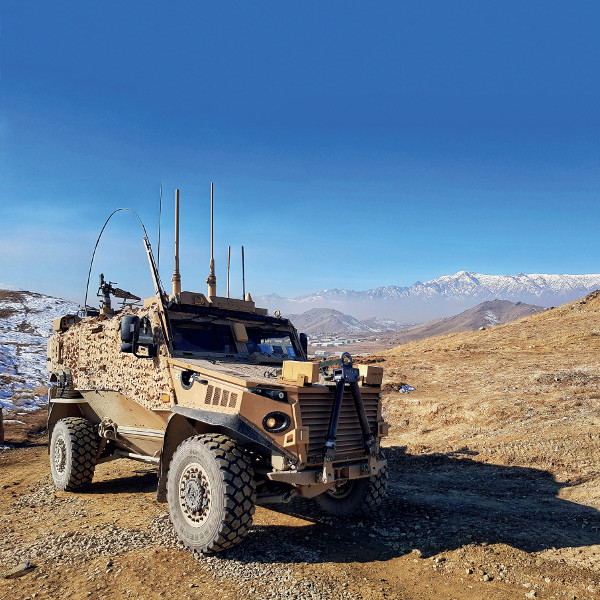 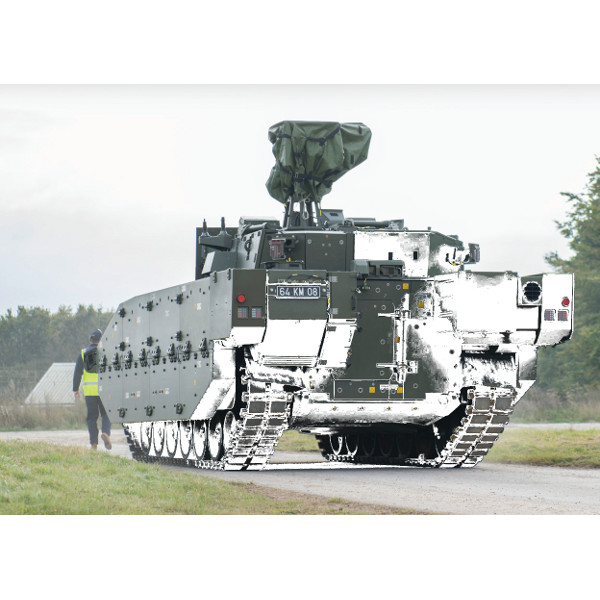